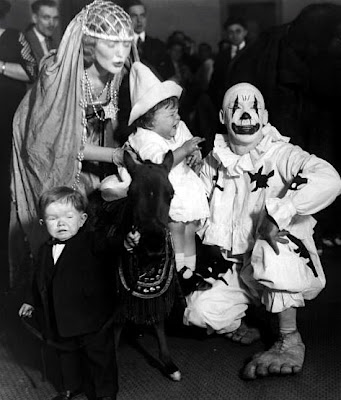 The clown in this photo turns up in MANY photos in the teens and twenties.
I now believe that his name may be Charlie Smith.

He looks a lot like Owen "Duffy" McQuade, a Ringling clown from the late 50s/early 60s. 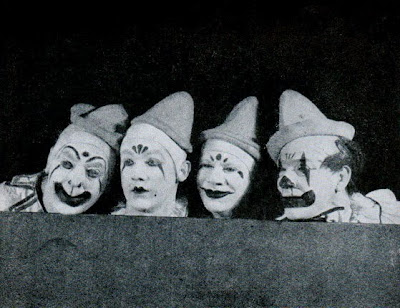 This photo was used over and over, season after season, by many shows in the early part of the last century.
These clowns look to me to be Spader Johnson, Pat Valdo, unknown and Charlie Smith
Posted by Pat Cashin at 1/12/2009 10:32:00 AM