So glad you caught that it's Hap Kellems with Chick and Ole'. I noticed it when it was posted, but didn't get a chance to write before the change.

Happy Kellems and Lillian were dear friends. They were the God parents of my daughter. I met Happy and Lillian in 1970 at Guntown Mountain in Cave City, Ky. They were performing in the Yellow Dog Saloon and I was hired as a magician and gunfighter.

In 1972, Happy told me of an opening at Santa Claus Land theme park in Indiana. I worked with the Kellems' there until 1980, when we both moved on. 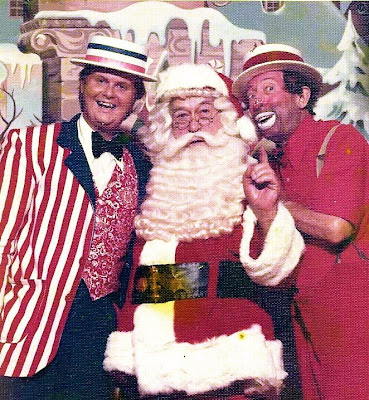 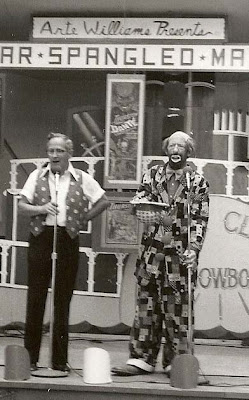 Gene Smith and Happy. Gene was a tap dancing magician.
His motto was "feats of hand and feats of feet". 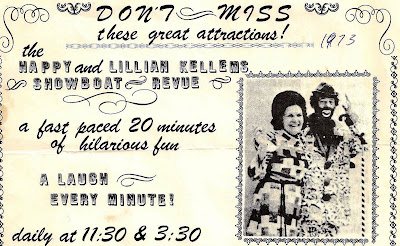