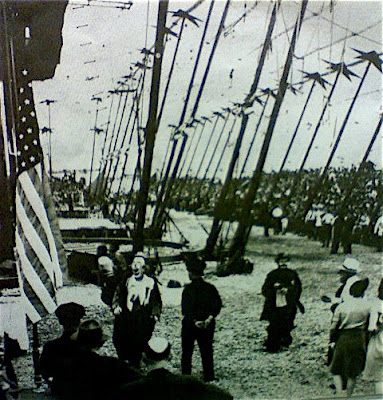 Found on the wall in the Circus City Diner in Hugo, OK this is a photo of Lou Jacobs and Emmett Kelly leaving the massive RBB&B big top tent.

This must have been taken between 1943 and 1947 when Robert Ringling was in charge of the the Big One and reverted to it's traditional, light-colored, big top.

When JRN returned to the helm in 1947 he brought back his darker big top, seen in the film The Greatest Show on Earth.