Shane made good use of his new wig today, heading to the Chiller Theater convention in Parsippany, NJ to meet some of his TV pals... 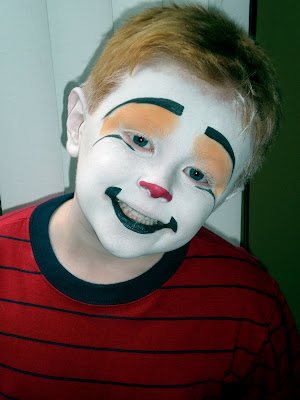 Shane wearing Daddy's old Ringling whiteface makeup but with a pained on nose,
making him look like a little Frosty Little. 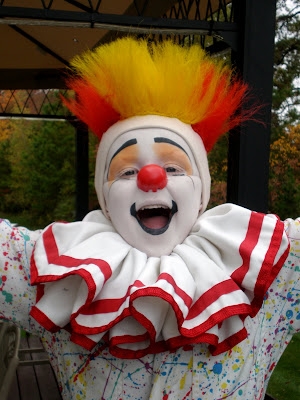 With a clown nose and his new wig, a little siller and a little more like Daddy used to do it. 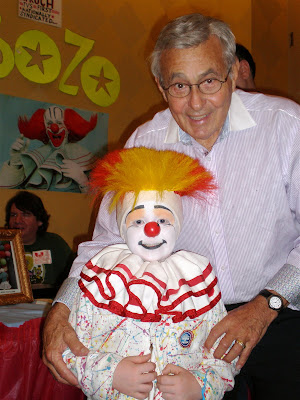 With Daddy's childhood hero, Frank Avruch. Mr. Avruch played Bozo the Clown on WHDH-TV in Boston and his show was syndicated nationally. He was the Bozo that I saw on WPIX-TV out of New York growing up and the reason for my childhood interest in clowns and circus. 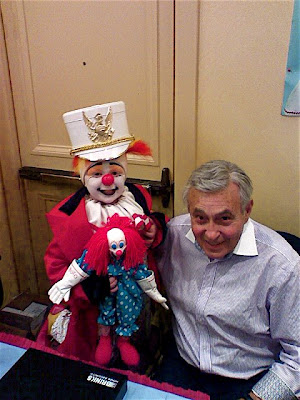 Mr. Avruch was delighted that Shane was as familiar with the show as he was. We asked him about how Bozo selected his "Butch For a Day". After a little coaxing from Daddy, Mr. Avruch closed his eyes real tight, went into his magic Bozo trance, spun around and pointed to Shane. On cue Daddy produced a bag with a red tail coat, a marching band hat and a Bozo doll... exactly what "Butch For a Day" got on the TV show! 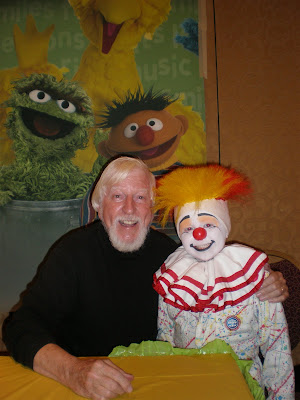 Shane also got to meet Carroll Spinney, who played characters such as Mr. Lion, Kooky Kangaroo and Grandma Nellie on the WHDH Bozo show but he is much better known for the job he took after that. For the last 40 years he has played Big Bird and Oscar the Grouch on Sesame Street!

Mr. Spinney so enjoyed Shane's "Butch For a Day" bit that he took out a pad of paper and reprised one of Mr. Lion's old chalk-talk tricks from his Bozo days He wrote Shane's name on a piece of paper and turned it into a sketch of Shane's dog Honeybear! 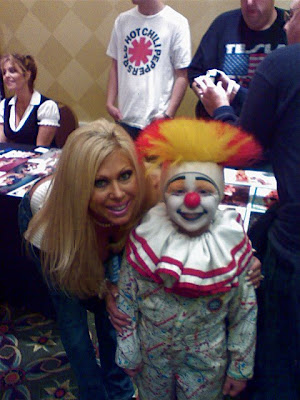 Terri Runnels is a former WCW and WWE professional wrestling manager, and TV host. She was extremely sweet and left her own table to run over to get her picture taken with Shane while he was in line to meet Carroll Spinney.

Later she autographed a photo for him that will be added to his growing "Shane Wall of Fame". 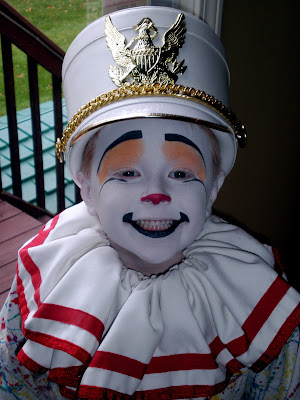 And then we came home to tell Mommo all about and and make some pizzas!

You are such a GOOD DAD!

I would KILL for Shane's teeth....

You are now very definitely one of us.
Welcome to the family.

Cute, cute, CUTE!
Patric, he's either gonna put you out of a job or provide for you in old age!

really cute, and the whole photo-shoot is awesome! Great blog dear, congrats! Would you like to visit mine, and why not follow each-other? Let me know..