JERRY BANGS: We Have a Photo!!!

This walk-around never looked so good as when Bumpsy did it. In my opinion however, the best walk-around Jerry produced was the Ostrich, with the revolving barber pole neck, & the monkey on it's back.

The problem with his props was that some were absolute torture for those who had to wear them, I did the Ostrich a couple times, I sure wouldn't want to do it a whole season. 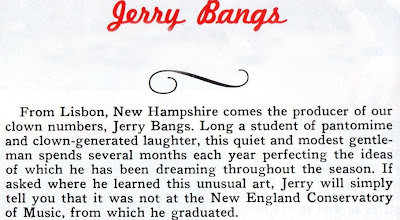 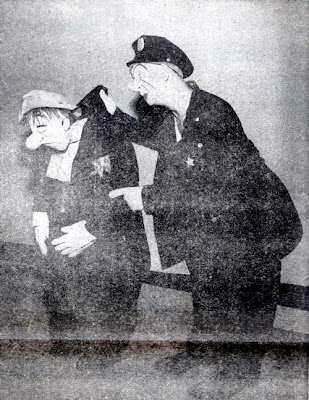 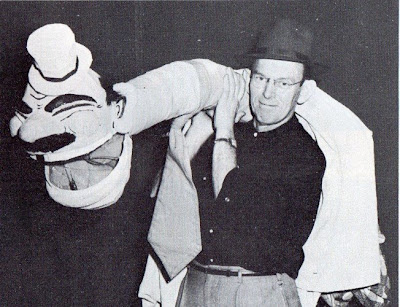 The Man Behind the Makeup: Mr. Jerry Bangs