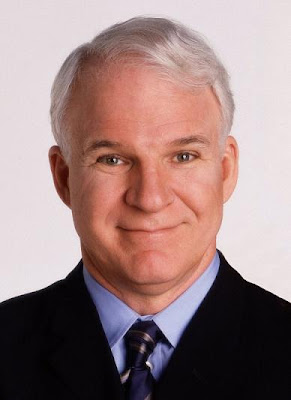 Am I alone in thinking that that I wouldn't feel so personally betrayed by Steve Martin (a man with a sizable personal fortune who isn't taking this type of work because he needs the money) for starring in drek like The Pink Panther 2 if he was using that income to finance a series of small, independent comedies of some style, substance or worth?
Certainly Steve Martin is free to take whatever job he likes, and spend the money he earns any way that he pleases, but something like The Pink Panther 2 is so unnecessary, so beneath him and his considerable talents, that it only becomes excusable in my mind if he's using that money to fund something truly important and vital.
My respect for Mr. Martin would rise to the level it enjoyed prior to the release of say, Sgt. Bilko were to find that his salary for that film financed 10 seasons of Sesame Street, the restoration of the films of Buster Keaton, brokered a lasting peace between Yankees and Red Sox fans with the rest being the huge donation that instantly solved any and all problems for Romanian war orphans so that they all live happily ever after.
Because, after seeing the trailer for The Pink Panther 2, anything less makes me want to see him run him over by a dump truck full of funny being driven by Peter Sellers.
Am I alone in that? Is it just me?
If it is, you can tell me.
Posted by Pat Cashin at 1/13/2009 09:38:00 AM

hout out "Hey, Martin, you owe me $9.50 for the first one!" People choose projects for all sorts of reasons--and often the wealthier you are the more complicated it gets. Maybe he's got his eye on a piece of art for his home that he wants to buy. Maybe he anonymously funds an orphanage in Roumania. Why waste your energy feeling betrayed? He's a great talent, he's made some duds, he'll continue to choose scripts based on whatever obligations he has to himself or others, period. We should all be so lucky to afford to make a few bombs.

Given that he's not the kind of celebrity who lives in public, he might be doing charitable work anonymously with some of that money.

Then again, he might just be using it to build his art collection. He is one of the country's top collectors; owning some iconic Hoppers (among others). They don't come cheap. Maybe they'll all go to MOMA when he goes.

And btw, I'd like to add to that: His best work, in my opinion, is his writing.

I saw his play, "Picasso at the Lapine Agile' (sp?) twice, and it was hysterical. The funniest play I've ever seen. And his other pieces, that I've read, are very funny, and occassionally poignant.

He's a gorgeous writer. I wish he'd do a movie that is as good as his writing, but they don't really make American films like that.

In many cases the actors are committed to a sequel or a second motion picture when they sign with the production studio.

I wonder what the Dalai Lama would say about this?

Somewhat related and true story. Years ago I worked in the Trust Dept. at The Bank Of NY. I had occasion to have lunch with a variety of people. One day I had lunch with the producer Max Gordon,
who related a number of wonderful recollections, one I pass on here, to whit:

W C Fields when he started out in show business noted on occasion the poor struggling little newsboys, no doubt reflecting on his own childhood. He said, "I really want to do something for those poor little newsboys, but I'm only making (don't remember exact amounts) $25.00 a week; I can't do anything with that. A few years later he was making $300.00 a week and he again had the same thought, "...but I'm s till really not making enough to really help them..." Finally years later Fields was making several thousand dollars a week and he said to Mr. Gordon and/or another friend, "you know I thought about all those poor, struggling newsboys again and I said to myself, 'F--- 'em!"