Information courtesy of the London Telegraph via Don Covington

Pierrot Bidon, who has died aged 56, was the creative spirit behind the anarchical French circus Archaos; his mesmerising, pyrotechnic spectaculars popularised an outmoded form with a new audience, clearing the way for today's huge productions, such as Cirque de Soleil, to sweep the globe. 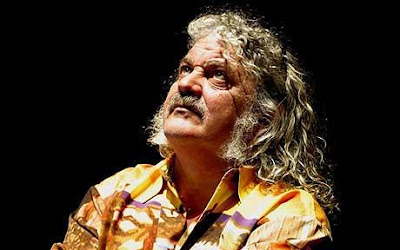 When he started Archaos in 1984 circus seemed rooted in traditions of animals and acrobats which had barely changed since PT Barnum's heyday a century before. But Bidon decided to change all that.

In place of lions, he introduced a pride of jousting cranes, car-crushers and burnt-out monster trucks. Acrobats swung not from trapezes but from the scoops of giant mechanical diggers. If their athleticism did not impress, they always reserved the power to shock. Performers were set on fire as they flew through the air; other acts seemed to involve horrible accidents, as when a motorcyclist would "fall off" a high-wire.

Juggling was greatly enlivened by the use of running chainsaws and the almost sexual allure of danger was emphasised on occasions when an Archaos member strode off after a daredevil feat to plant a lengthy kiss on the lips of the prettiest girl at ringside. Children, far from being encouraged to join in the fun, were banned from many of Bidon's shows.

He was born Pierre Pillot on New Year's Day 1954 in Le Mans. By his early twenties he was ensconced in a circus that could hardly have been more stately or traditional. Le Cirque Bidon (bidon means "rubbish" in French) was housed in three horse-drawn carriages. Owing to the fact that they could not afford a big-top, its seven members performed in the open air, plying a route through the backwaters of France to entertain villages bereft of more mainstream theatricals.

In the late 1970s he left the circus (but took with him its name) and set out to revolutionise the genre. To effect this change, he recruited performers from outside the circus world. "No one at Archaos is born in a circus," he said later. "So we don't have all the influence of tradition on our shoulders. We can invent everything. We are free."

It was a liberated approach that caused an instant sensation and, quickly, the troupe became highly sought-after. Just three years after their debut they were starring at the Avignon Festival; a year later they arrived in Britain, where they formed a shocking and equally successful counterpoint to the more usual charm of China's Shenyang Acrobatic Troupe.

Thereafter Archaos returned time and again to Britain, and became a fixture at the Edinburgh festival. Before one trip, aware of his duty of care to his performers, Bidon announced to a journalist that he was bringing 400 litres of wine with him across the Channel. The news reached Her Majesty's Customs and Excise, but despite their best efforts the stash was never located.

The Archaos publicity machine was almost as effective as its performances. Bidon once summoned a host of photographers to central Edinburgh. When he pulled up to the venue, the car in which he was driving split in half, ensuring a page-filling photo. Indeed, with his paternalistic attitude and curly-haired, devil-may-care demeanour, a new generation was tempted to run away to the circus: a journalist for French Vogue was one who apparently did so; the receptionist at the Groucho Club another.

By the early 1990s, Archaos was touring the world from Cologne to New York City, drawing huge audiences. In 1995, however, Bidon left the troupe, joining forces with Gerry Cottle to set up the Archaos-inspired Circus of Horrors in Britain, which continues to play to a cult following today.

Bidon then left for Brazil, where he set up Circo da Madrugada. By this time his desire to shock had been replaced by a desire to help the less fortunate. To this end he set up circus schools in Rio before, in 1998, heading to Guinea to start the Cirque Baobab, which proved another success and also toured extensively.

In his last years, Pierrot Bidon moved to Marseilles then Arles, where he continued to work on new ideas. His last show, Place de Anges (2007), told the tale of a group of renegade angels granted 24 hours parole from heaven. Swinging high above the ring, the group was drawn down by earthly temptations, wings moulting, engulfing the audience in tonnes of feathers.

He is survived by his wife Ana and two sons.