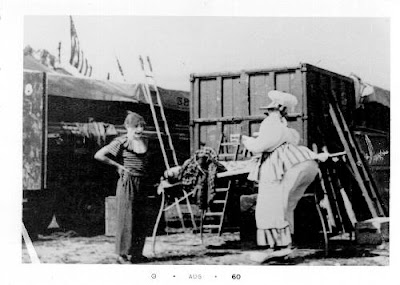 Felix seems to be paying homage to Slivers Oakley here with his choice of hats in this photo which looks to have been taken on Ringling in the 1930s.