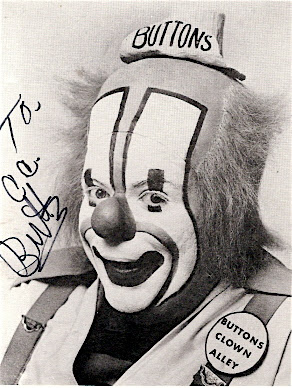 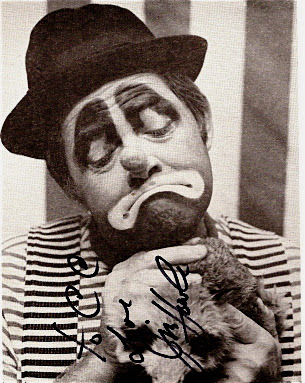 Two of the most distinct makeups of the early Clown College era, two great instructors and two of the nicest guys that you'd ever want to meet, Leon "Buttons" McBryde and Jim Howle.

For those of you who don't know, Leon is the "ProKnows Guy", the maker of great quality clown noses, makeup and other accesories that have dramatically improved the look of clowns all around the world.

I don't believe that Mr. Howle has a website. Clicking the title of this post will take you to Mr. McByde's PROKNOWS.COM.