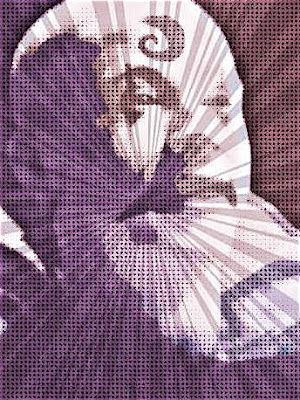 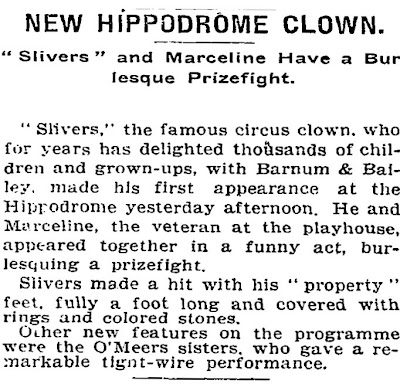 The New York Times reporting that Slivers and Marceline were doing the Boxing Gag at the Hippodrome in 1905. Montgomery and Stone also did a boxing gag, and opened in The Wizard of Oz in 1902, but I don't know if their version inspired or was inspired by the version done by Slivers and Marceline.

The rest is history.

Not to slight Lou Jacobs, Chesty Mortimer or any of the others who performed the gag in 20s or 30s on Ringling but, in America, the Otto Griebling/Freddie Freeman version as performed on the Cole Bros. Circus has become the definitive version.
Posted by Pat Cashin at 2/28/2009 09:31:00 AM

Pat, actually the boxing gag is even older, I understand that Joey Grimaldi performed it on stage in the very early 1800's. In his version, he was figthing a man made of vegetables (I'm assuming it would be a sort of oversize marionette) and using beets as boxing gloves...