Hi Pat !
Just a quick note from Spain. The International Festival Del Circo in Albacete, Spain was a great festival highlighted by some awesome clowning.
I was honored to share the clowning responsibilities in the ring at the festival with some great Mexican clowns. Paquin, Jr. and his son Felipe who's dog routine was not only funny but sincere and very heart warming. Also at the festival was "Pedro Pedro, Tin Tin, and Peter" also from Mexico. They are wonderfully talented and extremely funny musical clowns.
We were all invited to perform at the gala performance which was attended by government officials and some of the biggest circus producers in Europe. The audiences in Spain were great and really appreciate clowning! No wonder, Charlie Rivel is a national treasure!!
I included a photo of the big top that was set up inside the bullfighting ring. I thought that was uniquely Spain. 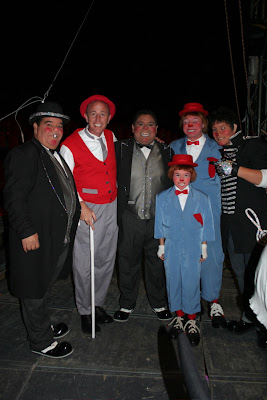 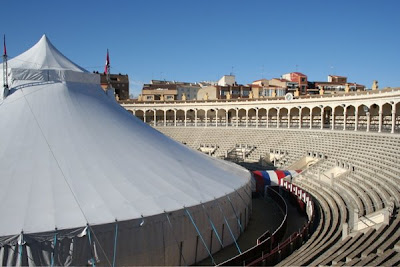 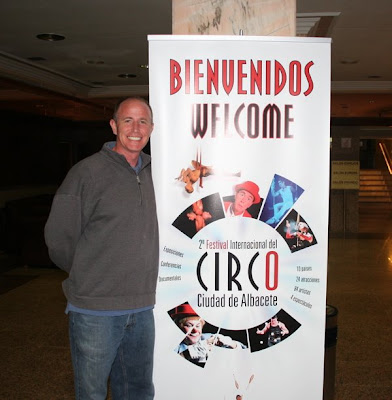