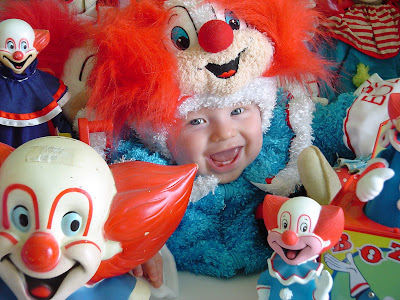 Going through some old photos for a project in Shane's kindergarten class I found this picture from October 2003 of Shane trying on his first Halloween costume.

Yes, he went out that first Halloween as Bozo the Clown.

He looked so much like a toy in that costume that I grabbed some of my old Bozo stuff from the basement, opened the curtains to his bedroom and took this picture with nothing but my cheap little camera and natural light.