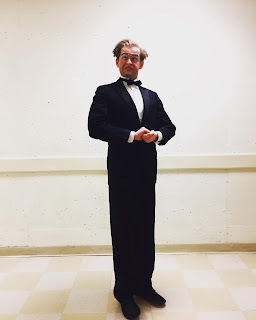 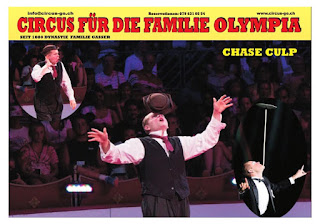 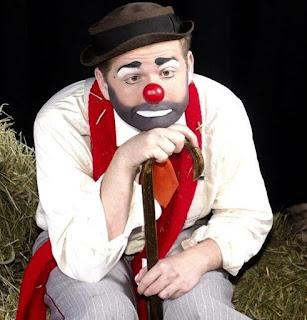 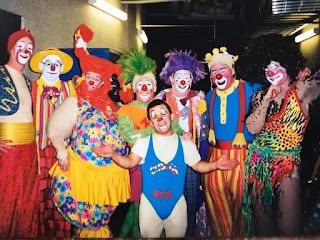 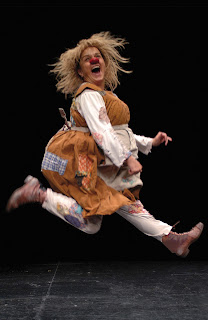 From Wikipedia:
Born on 5 March 1953 in Altstätten, Canton of St. Gallen in Switzerland, Gardi Hutter graduated at the Academy of Dramatic Arts in Zürich (Schauspiel-Akademie Zürich) from 1974 to 1977, where she absolved an induction and training in theatre education and theatre pedagogy. Gari Hutter gave lessons to the students, but she felt unhappy not to practice what she taught. At the Centro di ricerca per il teatro (CRT) in Milano Gardi Hutter graduated as maestros (master), being also her so-called Clownsgesellenzeit (literally: apprenticeship as a clown) of three years to become an approved member of the Clown community. Gardi Hutter was taught by Mario Gonzales, Pantalone of the Théatre du Soleil, Nani Colombaioni (I Colombaioni) and Ferruccio Cainero of the Teatro Ingenuo.,[1][2]

For the national "700-year anniversary" of Switzerland, Gardi Hutter played the women jester in the Federal Assembly Chamberof the Swiss Parliament in 1991. For the festival "700 years" of 1998 of her hometown, Gardi Hutter acted as co-writer. In the winter season 1997/98 she was starring in Romulus der Grosse at the Schauspielhaus Zürich.[2]

Since 1981, Gardi Hutter had more than 3,300 performances in 30 countries and four continents, including Andorra, Brazil, China, Russia, Spain, Sweden, USA and Switzerland. There were also recordings on TV stations of 17 countries and auditions in numerous radio programs. 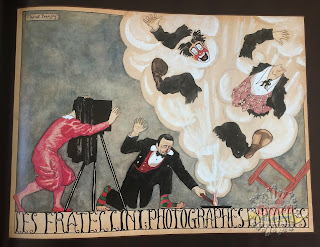 François, Paul, and Albert perform their explosive photography entrée. I REALLY wish I could have seen THIS act!
Posted by Steve Copeland at 10/12/2020 08:14:00 AM No comments:

The Recycling Machine and many other beautiful Clyde Beatty clown props of that time were built by Producing/Advance clown Elmo Gibb.
Posted by Steve Copeland at 10/11/2020 08:39:00 AM No comments: