For the next few days I will be sharing some circus program scans from the collection of Ralph Pierce. First up, the Clyde Beatty Cole Bros. Clown Alley from the 1980 season. I'm 99% sure it's from 1980 because Tony Blanco graduated from Clown College in 1979 and was only on the road for a partial season, or so I've heard.

Jimmy James became Ringmaster that year and John Kennedy Kane aka Eggroll took his spot in the Alley. Not sure why he isn't pictured. 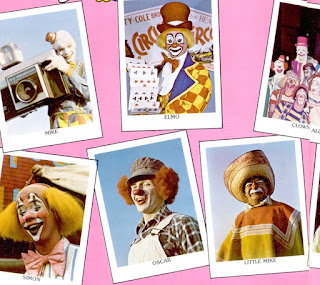 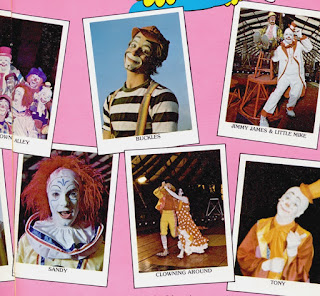 Mark Anthony performing that perennial favorite, "Bigger, Bigger". I'm not sure of the year or show; perhaps Showfolks in Sarasota, FL?
Posted by Steve Copeland at 12/14/2020 10:33:00 AM No comments: 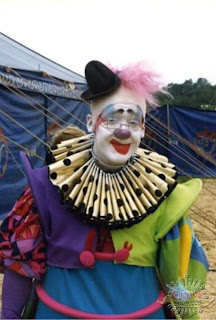