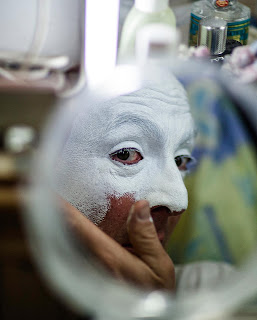 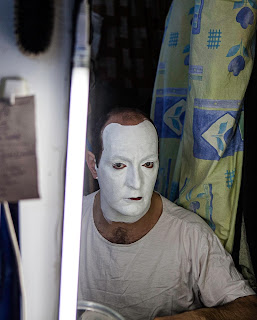 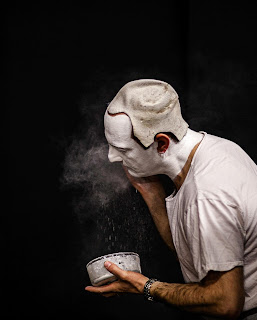 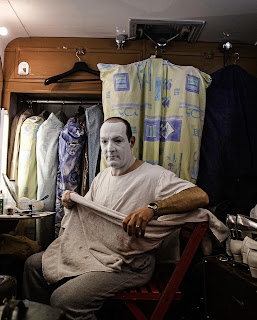 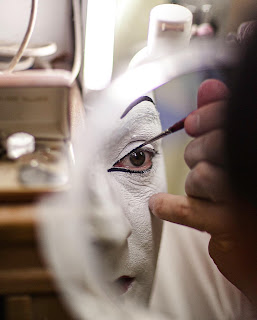 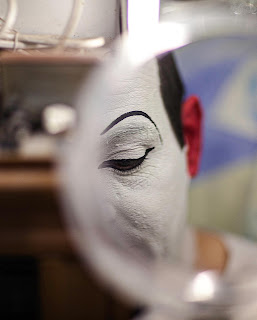 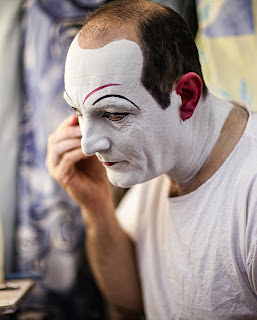 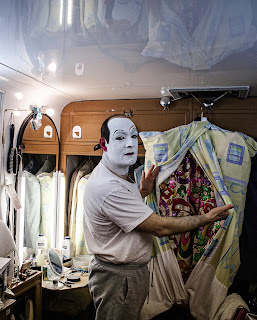 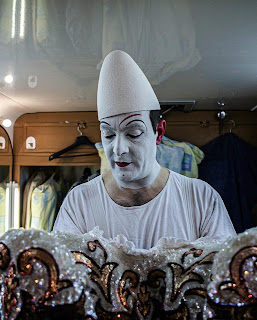 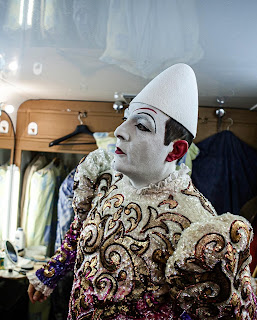 Dominique Secher took these beautiful photographs of Yann Rossi preparing for a performance. Ryan and I met Dom while we were working in Paris, and he captures many beautiful backstage moments with his wonderful photography.
Posted by Steve Copeland at 10/10/2020 11:25:00 AM No comments:

Claire Wedemeyer performing the baby gag on Kelly Miller Circus in 2006. Claire spent two years on the Ringling Red Unit in 2003 and 2004, and was the clown on Kelly Miller for a few seasons after that. 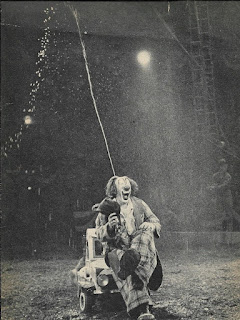 Photo shared by Mark Renfro
Lou does his impression of Old Faithful during his famous little car routine.
Posted by Steve Copeland at 10/08/2020 09:13:00 AM No comments:

Greg DeSanto and Kevin Carr perform the engine gag during Come In of the Blue Unit's 120th Edition of Ringling in 1991.
The engine gag is one of those rare Feld era clown routines that lasted for two tours. In 1990 it was performed by Greg and Chris Wilson. Kevin Carr replaced Chris for 1991 and 1992, and Joey Kohler was Greg's last partner for the gag in 1993.
Posted by Steve Copeland at 10/07/2020 07:25:00 AM No comments:

Spike Jones and the City Slickers: Poet and Peasant Overture

One of my favorite Spike Jones routines. Freddy Morgan's performance is a master class in clowning.
Posted by Steve Copeland at 10/05/2020 07:54:00 AM No comments: 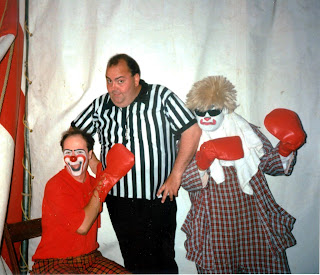 Photo credit Paul Gutheil
A follow up to yesterday's post. Here are Scott O'Donnell, John Kennedy Kane, and Mike Snider photographed by Paul Gutheil on Vidbel's Olde Tyme Circus in 1995 as they prepare for the boxing gag.
Posted by Steve Copeland at 10/04/2020 07:23:00 AM No comments: