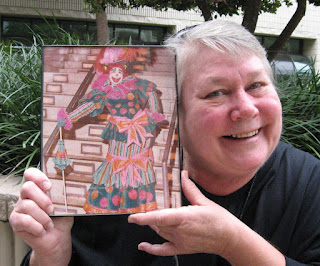 Today we celebrate Maude “Flip” Bayless on what would have been her 76th birthday.

Maudie attended the Ringling Clown College in 1970, and she and Peggy Williams were the first female clowns to be hired on the show during the Feld era: Peggy on the Red Unit, and Maudie on the Blue Unit.

Maude spent five seasons on the Blue Unit, and she was also Boss Clown on Carson & Barnes Circus for a number of years.