NO CLOWN ALLEY.NET TODAY. NONE FOR THE FORSEEABLE FUTURE. TOO DISGUSTED...

MADISON, WI -- The Wisconsin State Assembly has just passed Gov. Scott Walker's budget repair bill, including its controversial provisions to eliminate almost all collective bargaining rights for public employee unions as well as many other provisions to weaken union organizing.
After much buildup in the 61-hour debate -- of Republicans wanting things to be over, and Democrats railing against Republicans who they said would cut off debate -- at about 1 AM Speaker Pro Tempore Bill Kramer (R) announced that he would hear a voice vote for a roll call on final passage. Immediately, the majority Republicans shouted their ayes, and the Democrats were booing, as they tried to be recognized to demand a separate motion to cut off debate.
Then Kramer called the vote. Within seconds, the digital vote system on the wall announced 51 ayes and 17 nays, and voting was suddenly closed. With a total of 96 members, that got to a majority for the bill but left 28 members who hadn't had a chance yet to vote.
At that point, the Democrats got up, chanting "Shame! Shame! Shame!" and similar exclamations, as the Republicans filed out of the room.
There were many Democrats I spoke to and overheard in the chamber, who said they didn't get a chance to vote, or that they were pushing the "No" button at their desks as hard as they could -- keep in mind that a majority of their 38-member caucus was recorded as casting no votes at all. (Interesting to note there were also four Republicans who voted no -- after having joined every party-line vote against Democratic amendments. Some Dems speculated that the GOP leadership had allowed some Assembly Republicans in marginal districts to skip the vote or vote 'no' on the final tally.)
Some of the Democrats I spoke to, such as state Rep. Kelda Roys, maintained that the vote was illegal. Let's see whether they pursue such avenues in court.
Soon after the vote, as local CBS affiliate reporter Jessica Arp showed me in a video replay in the press room, an unidentified Democratic legislator could be seen throwing his papers and a beverage of some kind into the air in the heat of passion, as the booing broke out after final passage.
Afterwards, the Dems filed out into the rotunda, to cheers of "Thank you! Thank you!" from the protesters who have filled the halls of the Capitol for over a week. An interesting question has been whether the day and night Capitol building protests would end after this vote. But as I write this in the Capitol's press room, it's up in the air to me whether the protesters will even clear out at all. I can still hear them chanting and singing songs out in the halls -- including at least one round of "Hell no, we won't go!"
Keep in mind that this is not the end of the issue -- far from it. The 14 state Senate Democrats remain in exile in Illinois, preventing the state Senate from having the three-fifths quorum required to take a vote on the budget. For now, Wisconsin has become ground zero in an unexpected but pitched battle over the political future of the labor movement and the question of whether the Tea Party-fueled GOP resurgence of 2010 will trigger a backlash all its own.
Posted by Pat Cashin at 2/25/2011 07:49:00 AM 6 comments: 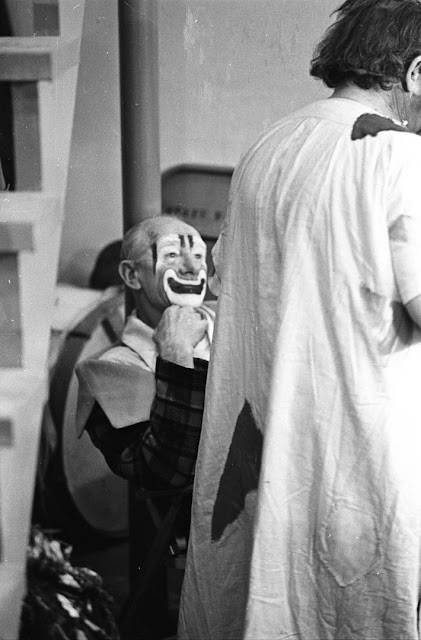 Email ThisBlogThis!Share to TwitterShare to FacebookShare to Pinterest
Labels: Photo 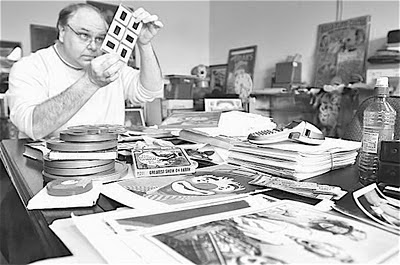 Happy Birthday today to International Clown Hall of Fame and Research Center Executive Director Greg DeSanto, someone who has done more to preserve the legacy of American circus clowning than just about anyone in history.