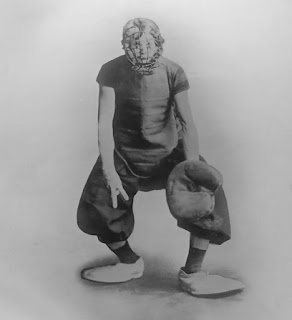 Photos of Slivers Oakley's clown shoes, quite possibly the first oversized clown shoes worn in an American circus, in the collection of the Ringling Museum of the Circus in Sarasota, FL 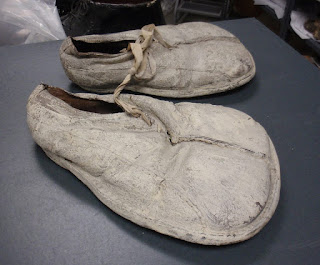 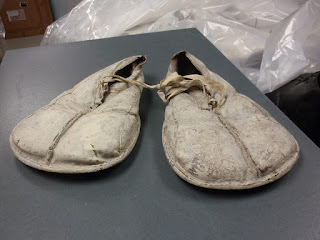 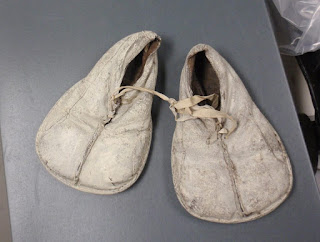 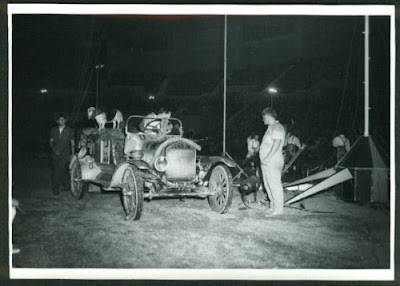 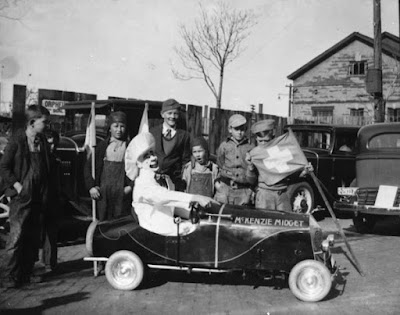 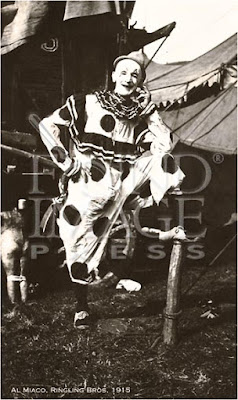 
Alfred Frisbie Mlaco, Al Miaco, died July 21 at his home in New York City. He had spent 66 of his 78 years as a circus clown. Born in Cortland, N . Y., he ran away from home at the age of nine and joined Yankee Robinson's Circus . He started by playing Humpty Dumpty, soon learning to be a contortionist, and then a pantomlmlst. At this time he met the late Al Ringling and became the chief clown of his show, remaining with it for more than thirty years. Every sort of Interesting adventure was his during this long period. He knew John Wilkes Booth, assassin of Lincoln, intimately, and was with him the night before he shot the great President. He met his wife, Laura, 56 years ago while travelling on the Mississippi. She acted as his Columbine for some time and nursed him since the time three years ago that partial paralysis caused his involuntary retirement. He was recognized as the dean of all Shakespearian clowns and won innumerable tributes from his associates, one of whom said, "This man has sense enough to play the fool."

A grandson, Al Renton, is perpetuating the name by appearing as a clown . The funeral services were held Monday and were attended by hundreds of circus people.
When Miaco lived in Cortland, it was a town of about 2,500 population. His homecoming and departure each year to or from the circus were the biggest events of the village.
Posted by Pat Cashin at 3/23/2016 12:30:00 AM No comments:

I have seen newspaper accounts describe this as the "Button Boosters Club" but the back of the photo identifies it as the "Button Busters Club" (likely as in 'you'll bust yer buttons') and the Hagenbeck Wallace clowns had one as well.

"B.B. Club" was a common newspaper abbreviation for baseball team at the turn of the century. 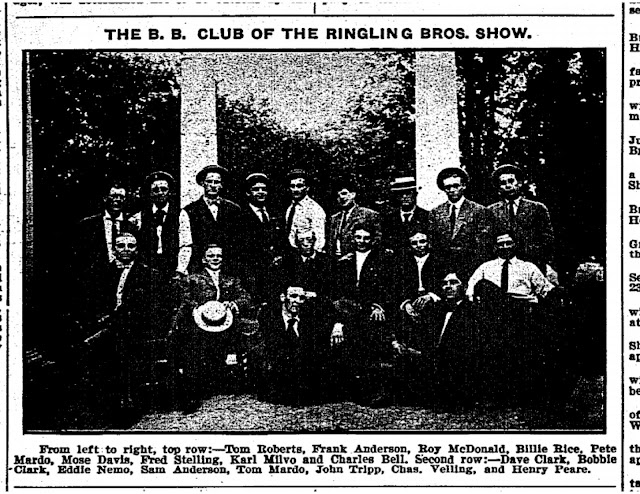 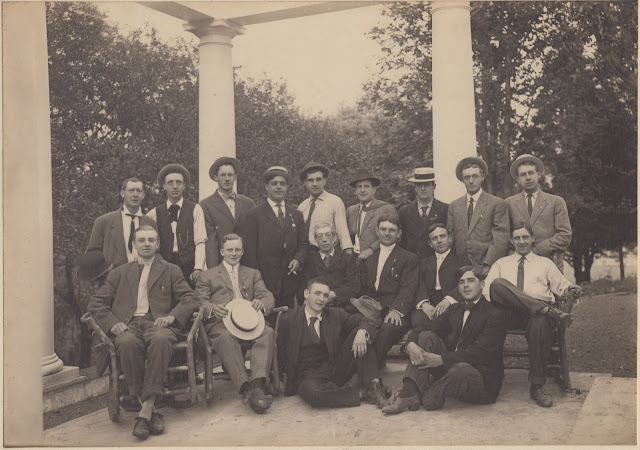 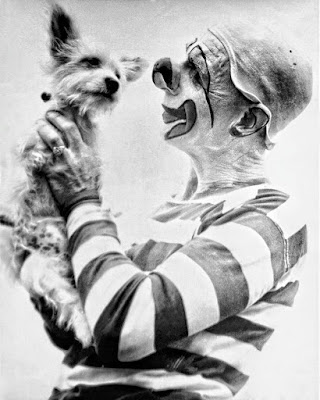 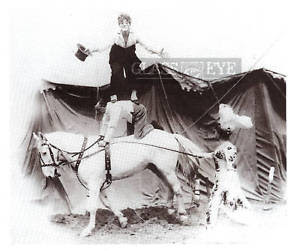 
The complaint of Poodles Hanneford, the Hippodrome clown, charging the May Wirth act with infringing upon his material, which gave rise to considerable discussion among both vaudeville and circus folk when it was filed with the N. V. A ., has been settled in favor of the Wirth act. According to the decision of the complaint board, the infringements which Hanneford claimed against the Wirth act have and are being used by scores of equestrians. Expert testimony was given to this effect by Charles Ringling, Toto, and a number of other circus folk. However, it has been suggested that Phil, the comedian in the Wirth act, change his makeup, which, it was contended, is identical to that of Poodles .