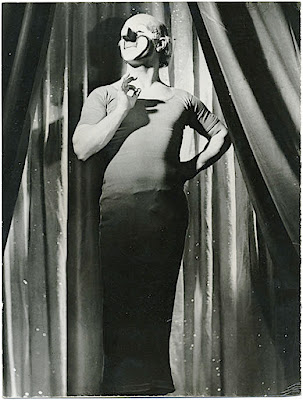 According to the eBay auction where I found these, the photos were taken by Dick Lapham, a friend of Lou's who did carpentry work for him from time to time and was (along with Lou) a member of the Sarasota Lions Club.

I never knew Lou was a member of the Lions. If he was going to join anything you'd think he'd have been a Shriner but I think the nearest Shrine club was in Tampa so maybe he just wanted to join something nearby.

Anyway, the photo above features Lou and Jimmy Armstrong with former circus performer and star of the circus film TRAPEZE, Burt Lancaster.


Lou with two of his good friends: on the right is Iron Eyes Cody and on the left is Red Skelton. 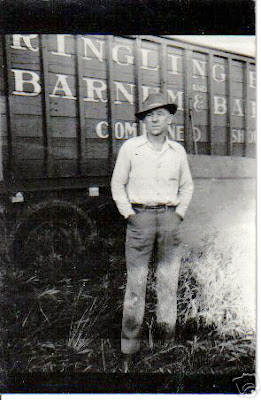 Portrait of The Artiste As A Young(er) Man 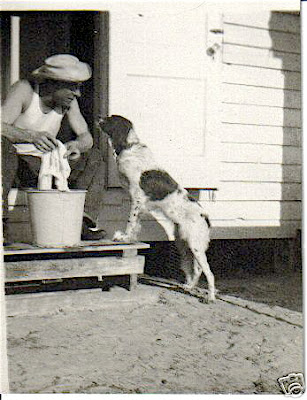 Lou with a dog outside what may be his home in Sarasota. 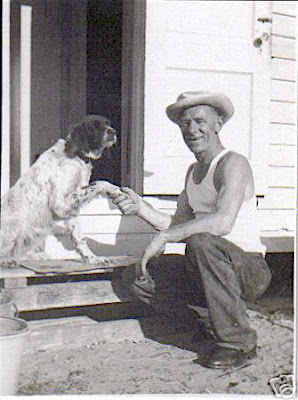 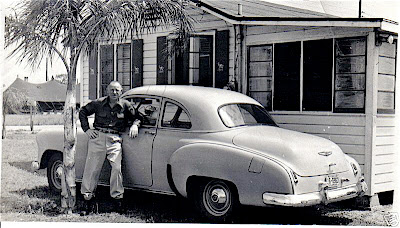 This is what Lou Jacobs looks like standing next to a regular sized car. The house, and the tents in the background, is what leads me to suspect that this may be Lou's Sarasota home near the old Ringling Winter Quarters. 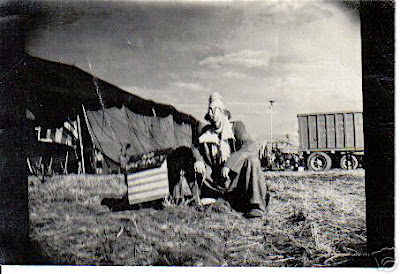 Lou with another great dog walkaround, a large dog in a small doghouse with "NO VACANCY" printed on the roof. This may have been a topical gag referring to the post WWII housing shortage.

This series of photos is currently up for auction on eBay. If you'd like to view the auction please click on the title of this post. 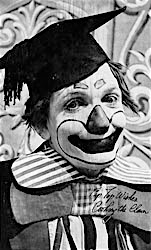 Sandy Weber taped a great interview with former Clyde Beatty and Ringling clown Art Cooksey back in 1994 which he generously decided to share with us online. In it Art discusses his time on the Beatty show, the Ringling show, his time as host of an afternoon TV kiddie show and what it was like to work alongside fellow clowns Otto Griebling, Emmett Kelly, Lou Jacobs, Felix Adler, Paul Jung, Paul Jerome and many others.

The two part interview can be found by clicking the title of this post. 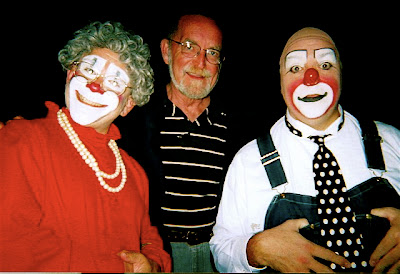 Two 2007 Felix B. Adler Award winners, Barry "Grandma" Lubin (Lou Jacobs Lifetime Achievement Award Winner) and Greg DeSanto (the louder, bossier half of the team of Greg and Karen DeSanto, winners of the Paul Jung Award for Best Ensemble) seen here during the run of Big Apple's 2006 production GRANDMA GOES TO THE MOVIES (directed by former Clown College director Steve Smith) with the author of STEP RIGHT UP! THE ADVENTURE OF CIRCUS IN AMERICA, Mr, LaVahn Hoh.

It was my good fortune to meet all three of these gentlemen when I attended the final class of the Ringling Bros. and Barnum & Bailey Clown College class of 1997 (TEN YEARS AGO?!?) where Greg, Karen and Barry taught and LaVahn acted as official Clown College historian. At first I thought it was Bobby Kaye doing a 1965 animal walk for Ringling, but that's not Bobby and no one else on the Ringling show at the time looked like that. It's no one I recognize from the Beatty-Cole Alley either.

Anyone out there recognize the clown, elephants, the handler or the vintage Mustang parked in the background? 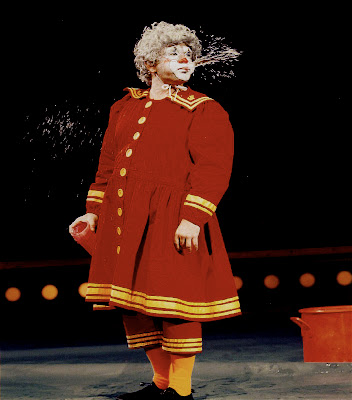 No, thats not the title of a screwball Disney film starring Ruth Gordon. Our own 2007 Felix B. Adler Award winner of the 1st ever Lou Jacobs Lifetime Achievement Award, Mr. Barry "Grandma" Lubin, has been invited to perform in the 2008 Festival International du Cirque de Monte-Carlo!!!

A richly deserved honor for a truly great clown.

Barry became my hero the very first time I watched him work in 1996 and has impressed me more and more as the years go by.

And he need not worry how "Grandma" is doing here at home while he is away performing in Germany with Circus Krone. My family and I saw Big Apple at their closing show in Somerset, NJ yesterday afternoon and Grandma is in excellent hands, currently being performed by the very funny Matthew Pauli.

Matthew is particularly funny when he is improvising and gets a certain twinkle in his eye that tells you that he is having the time of his life working with straightman Joel Jeske.

Joel is doing an incredible job as host and foil to not only Grandma but Francesco (actually Francesco's son stepping in for Francesco while he attends to a medical issue from which we all hope he quickly recovers in time to rejoin the tour), Justin Case (rumored to be headed to the Ringling Gold Unit) and Johnny Peers who pulled out all the stops and displayed the high level of showmanship that makes it abundantly clear that he is unquestionably a world-class circus clown in addition to being an absolutely amazing dog trainer.

We enjoyed the show immensely and once again thank our host, Mr. Don Covington for the type of idyllic afternoon that really makes life worth living.


I'm off this week to South Carolina to perform a new comedy Ringmaster character for the Hamid Shrine Circus, so if you live in or around Greenwood, Anderson or Greenville please stop by and say "Hi"! 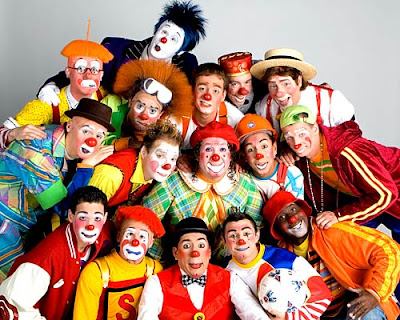 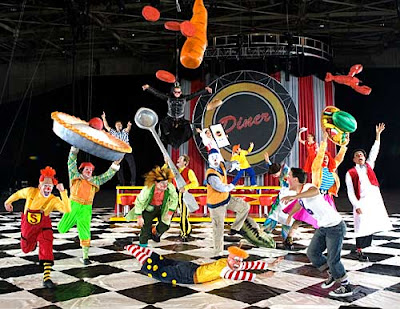 The clowns of the 1st year of the 136th edition Blue Unit tour of the Ringling show (now in it's 2nd year so some of these clowns have left), under the leadership of Boss Clown Scott O'Donnell.

Scott has more than capably filled the gap left by the sudden departure of Madame Shamsheeva with his endearing comedy dog act, one of the best around.