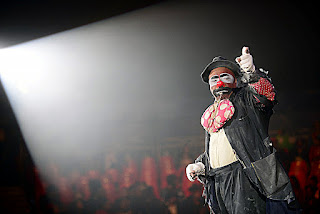 Photo credit: The Washington Post
Robert "Onionhead" Dunn, a thirteen year veteran of Universoul Circus, is just one of the African-American circus artists whose story is being told through the Uncle Junior Project.
From their website:
"The Uncle Junior Project lends an opportunity to discover and honor the achievements of the many extraordinary individuals and groups in the African-American circus community.

TUJP is a digital exhibit that is:

On the site you can find a short video interview with Onionhead as well as Danise Payne. The ICHOF has also recently supplied the UJP with video materials for Bernice Collins.
Please check them out at https://www.unclejrproject.com
Posted by Steve Copeland at 9/12/2020 10:24:00 PM No comments: 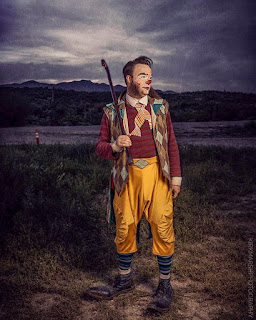 Leo Acton on tour with the Culpepper Merriweather Circus. Leo graduated Ringling Clown College in 1996 and toured with both the Red and Blue Units before appearing with shows such as Circus Gatti, Loomis Bros., and Culpepper, which he has been on for several years.

I apologize for this being belated, but yesterday would have been Rob Torres' 47th birthday.

He started off graduating Ringling's Clown College in 1991, spent years as a road and advance clown for Clyde Beatty, street performed, worked for Disney, and then put himself on the world circus map by blowing people out of the water at the Budapest Circus Festival in 2008.

After that he worked all the best shows in Europe until he passed away in 2018, way too young and at the top of his game.

Here is probably his most well known act presented during his third and final contract with Cirque D'Hiver Bouglione in Paris for their 2017/2018 show, Exploit. 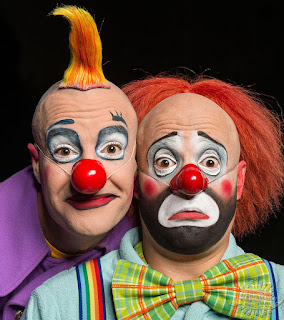 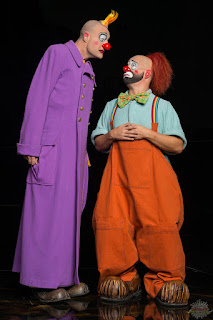 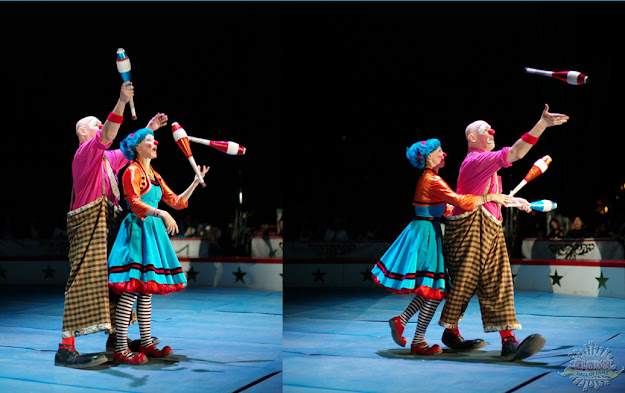 Jessi Hoffschildt and Aaron Tucker are currently touring Japan with Kinoshita Circus. They are two of the lucky few who are still able to perform during this pandemic.
Jessi and Tucker both began their circus careers on Ringling, and both have appeared for many seasons with Kinoshita.

Members of the Red Unit Clown Alley perform a Sideshow themed clown car for the 107th Edition of the Greatest Show on Earth in 1977.