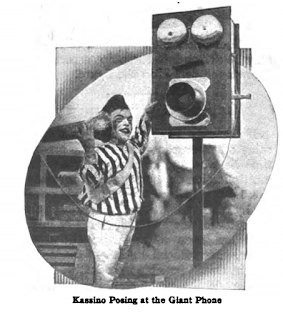 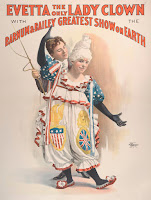 Here we have two newsreel clips of the Ringling Brothers and Barnum & Bailey clowns entertaining the children at Bellevue Hospital, New York in the 1930s.  Both clips show the same hair grower gag performed by Felix Adler in subsequent years.
The first clip is silent, from 1930-

The second clip is a talkie from 1931, this time with audience participation-