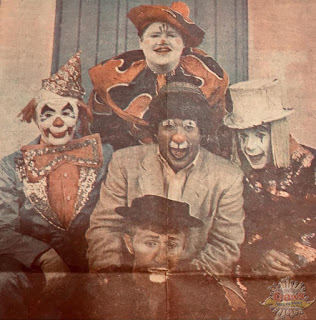 Four members of the Ringling Clown College class of 1969: Jim Harmon, Frank Carbone, Manuel Marcos "Zapata" Barragan, Joe Sullivan, and Conrad Hartz.
All but Jim Harmon toured with Ringling. Carbone and Hartz with the Blue Unit, and "Zapata" and Sullivan on Red.
Conrad Hartz currently lives in South Carolina and makes beautiful marionettes that he performs shows with. "Zapata" and his fellow class of 1969 alum, Johnny Peers, teamed up after several years on Ringling and became one of the most popular clowning teams of the 1970s. Unfortunately he passed away in 1980 at the height of the team's success.
Posted by Steve Copeland at 9/26/2020 08:25:00 AM No comments: 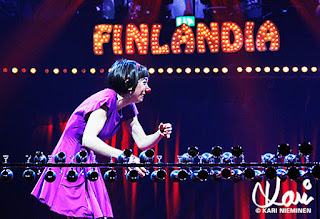 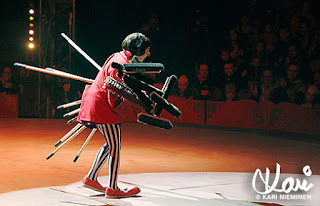 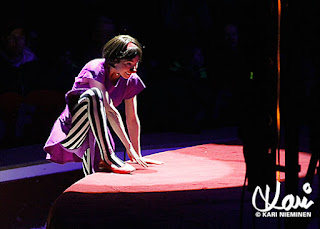 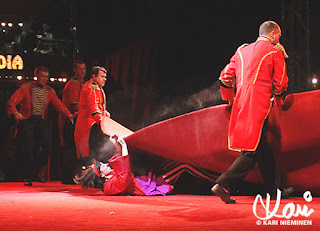 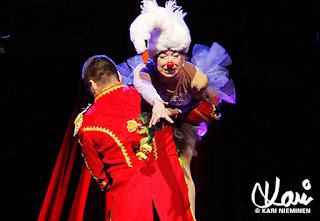 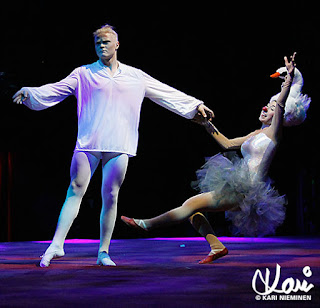 Michelle Musser began her clowning career on Ringling in 2006. From there she teamed up with Nathan Holguin and they performed as Punchy and Judy at Circus World Museum and Culpepper Merriweather Circus.
After going solo, Michelle spent three seasons with Sirkus Finlandia in Finland. These photos, taken by Kari Nieminen, were taken during the 2018 season.
Posted by Steve Copeland at 9/24/2020 07:24:00 AM No comments:


Ryan and I had the pleasure of seeing Anne and Jonathan live when we were taking over for them on the Mr. Swindle tour earlier this year.

We were lucky enough to watch them twice, and both times we were laughing hysterically.

Daredevil Chicken wowed audiences on the Gong Show in 2017, and they have performed in top cabaret and variety shows around the world. 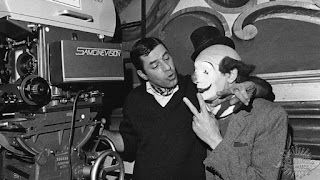 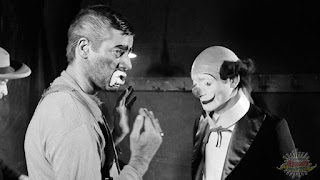 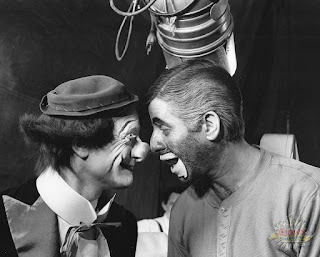 Two great clowns of the silver screen photographed together at the Cirque D'Hiver Bouglione in Paris, France during the filming of The Day The Clown Cried.
Posted by Steve Copeland at 9/20/2020 08:08:00 PM No comments: