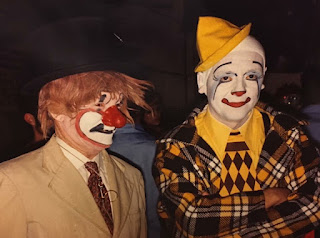 Billy Ward and Frosty Little on the Ringling Red Unit in the early 1970s. One of the rare photos of Frosty in a different costume than the one he became known for.
Posted by Steve Copeland at 9/28/2022 02:11:00 PM No comments: 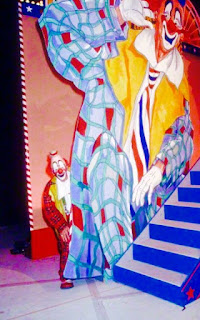 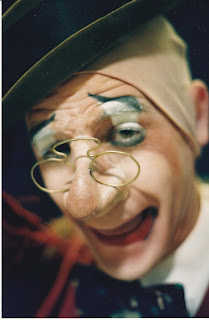 Photo by Paul Gutheil
Alan Ware, better known to audiences of the Greatest Show on Earth as Grandpa, graduated from Clown College in 1996. He toured with the Blue Unit from 1997-1998, and when he returned to the Ringling Red Unit from 2001-2007, his Grandpa character had fully emerged.
Posted by Steve Copeland at 9/28/2022 01:47:00 PM No comments: