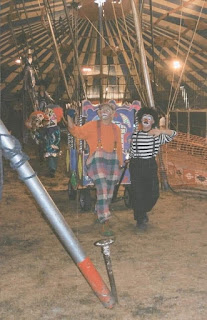 Both were graduates of the Ringling Clown College Class of 1994. Gideon spent one season on the show, and Brandon was there for two, including 1996, which was the last year the show had an all American Clown Alley.