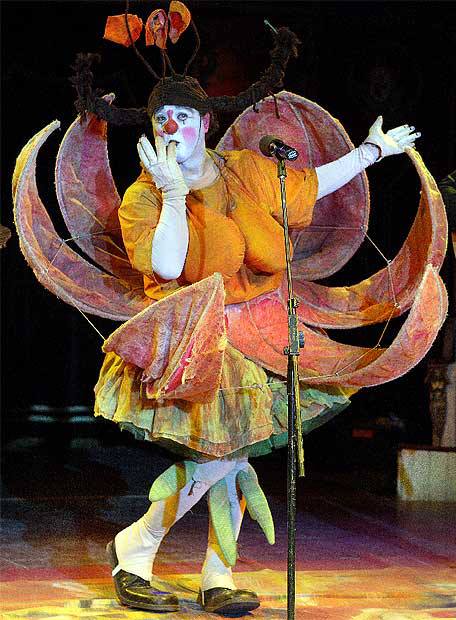 The Catalan artist MONTI (Juan Muntaynes Martinez) passed away last evening at age 48. Actor, director, a great man of theatre, a true genius; friend, brother, master; a model of being humble and generous; but, above all, one the greatest and funniest Spanish clown of our times. He committed his entire life to the theatrical dignity of the traditional and popular art of circus. Gracias, Monti!

Clark and McCullough were a comedy team consisting of comedians Bobby Clark and Paul McCullough. They starred in a series of short films during the 1920s and 1930s. 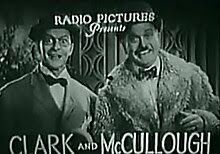 Bobby Clark & Paul McCullough, inKickin' the Crown Around (1933)
Bobby Clark was the fast-talking wisecracker with painted-on eyeglasses; Paul McCullough was his easygoing assistant named Blodgett. The two were childhood friends in Massachusetts, and spent hours practicing tumbling and gymnastics in school. This led to their working as circus performers, then in vaudeville. and finally on Broadway. Their hit show The Ramblers (1926) was adapted as a Wheeler and Woolsey movie comedy, The Cuckoos. Clark and McCullough starred in the George Gershwin musical Strike Up the Band on Broadway in 1930.
In 1928 Clark and McCullough entered the new field of talking pictures, with a series of short subjects and featurettes for Fox Film Corporation. In 1930 they signed with Radio Pictures (later RKO Radio Pictures) for six two-reel comedies annually. The RKO comedies are totally dominated by Clark, barging into every scene and monopolizing much of the conversation, with his good-natured buddy McCullough quietly embellishing his partner's antics with subtler gestures and actions. Each film cast the duo in different occupations, which they would tackle enthusiastically if not efficiently. Their names in the films were dictated by their jobs: as lawyers they were Blackstone and Blodgett, as domestic help they were Cook and Blodgett, as photographers they were Flash and Blodgett. Then as now, their fast-paced zaniness is an acquired taste; some audiences enjoy the nutty humor while others do not. The films were re-released in the late 1940s, with exhibitors still divided in their opinions of the team.
Clark and McCullough filmed most of their movies during the summer months, so they could be free to do stage revues during the rest of the year. They appeared in three Broadway shows while their film contract was in force. 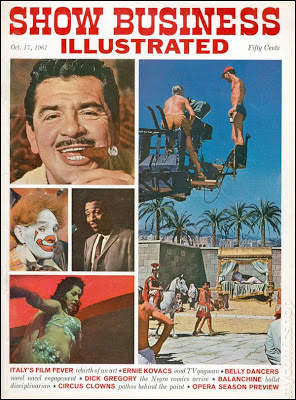