Bill Irwin and the cast of Largely New York (which included fellow clown Jeff "Gordoon" Gordon; however, I did not spot him in this video) performing an excerpt on the 1989 Tony Awards broadcast.
The show was nominated for several Tonys, including Best Play and Best Actor for Bill Irwin, and the show won a Drama Desk Award for Unique Theatrical Experience.
At the end of the video Bill Irwin has a brief exchange with Steve Martin, who he worked with in the film My Blue Heaven, and in a production of Waiting For Godot also starring Robin Williams.
Posted by Steve Copeland at 2/03/2021 11:33:00 AM No comments: 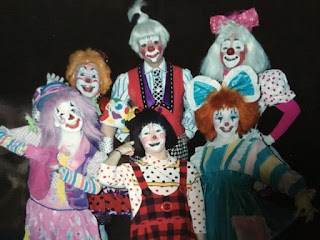