From Hilary's website:
Since 2005, Hilary Chaplain has been touring internationally with her award winning solo show A LIFE IN HER DAY, directed by Avner Eisenberg, and in variety shows worldwide with her short comic numbers. In 2018 she created a show in collaboration with other artists called THE LAST RAT OF THERESIENSTADT which won the top four awards when it premiered at the Lalka Tez Cztowiek Puppet Festival in Warsaw, Poland. Drawing inspiration from clown theatre, movement, objects and puppetry, Hilary has been creating solo and ensemble work for the past 40 years. She was an original cast member in Bill Irwin’s LARGELY/NEW YORK and appeared on Broadway in the Public Theatre production of THE TEMPEST directed by George C. Wolfe. She played a featured role in Forrest Gump, and a lawyer on LAW AND ORDER CRIMINAL INTENT. Hilary entertained children in NYC hospitals as “Nurse Nice” of the renowned Big Apple Circus Hospital Clown Program® (since 1987) and is a founding member of the New York Goofs, a clown ensemble created in 1996. She has performed and taught worldwide in over 20 countries and 5 continents. She is currently in development with a new show called BITE ME! with CB Goodman and Aitor Basauri.
Posted by Steve Copeland at 3/19/2021 06:06:00 AM No comments: 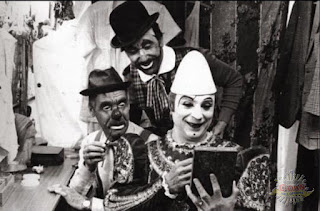 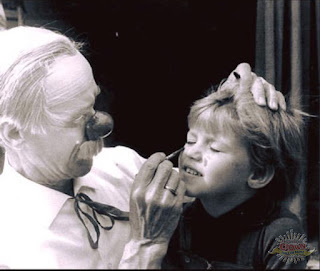 Enrico and a young friend 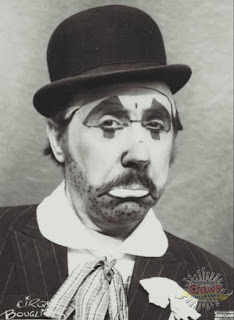