Some photos of frequent contributor Donald Stambaugh. I'll let Donni describe them for you... 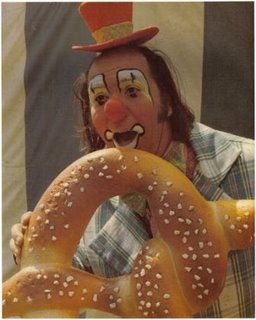 Well here are some of my photos Two of them were taken in Phila Shrine date where I guested in 79 as I am a member of that temple. 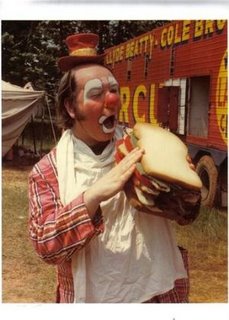 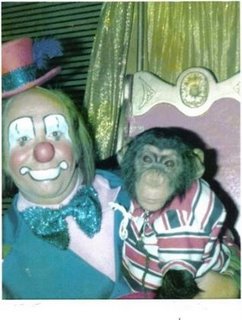 The 3rd pix is of me & Jerry Lipko's chimp "sammi" in Lincoln Neb. He jumped out of Jerry's arms into mine I was really scared as we all know chimps love of clowns This one was different we were fiends from then on sammi was 3 years old