Courtesy of the Zinn Education Project 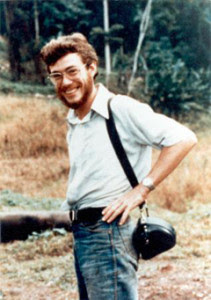 “My son was brutally murdered for bringing electricity to a few poor people in northern Nicaragua. He was murdered because he had a dream and because he had the courage to make that dream come true.”

- Ben Linder's mother, at his funeral.

In addition to volunteering as an engineer, Linder participated in vaccination campaigns, using his talents as a clown, juggler, and unicyclist to entertain the local children. Linder and two Nicaraguans—Sergio Hernández and Pablo Rosales—were killed in a Contra ambush on April 28, 1987. Linder was wounded by a grenade and then shot at point-blank range in the head. Read more and find the free downloadable teaching guide on Nicaragua, including a section on Linder, here: http://bit.ly/1PSeCdJ