Alan Digweed, known better as Tweedy, has been awarded the British Empire Medal. 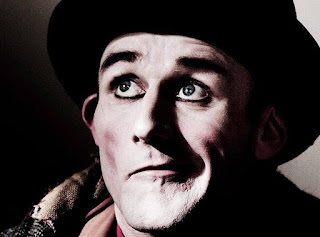 A clown who has performed for decades has told of his surprise at being recognised in the New Year Honours list.

Alan Digweed, 48, known as Tweedy the clown, has worked in the circus and shows across the world, and he has now been awarded the British Empire Medal.

The entertainer, who is part of Gloucestershire-based Giffords Circus, said he almost missed the news of his royal award.

He told the PA news agency: “The honour was a complete surprise. I nearly missed out because for some reason I didn’t get the email, and then they got in touch by my agent. I was too late in the end to respond to it, but they let me off for being late, typical clown fashion I guess.

Tweedy, who was born in Aberdeen, had wanted to be a clown from an early age and was inspired by slapstick cartoons and comedy duo Laurel and Hardy.

He added: “I went to Butlin’s in Ayr, Scotland, but I didn’t know how to become a clown at the time, there was no Google back then, so I taught myself how to juggle and unicycling and did shows there, and then I joined the circus the year after and learnt on the road, with some other clowns.

“Being with the circus is very different – it’s a great kind of lifestyle. It’s a travelling community, which is what I love about it, and you all kind of work together and pitch in together.

“It’s an exciting life, but a hard life as well, you would get stuck in mud.

Tweedy is currently starring in the Dick Whittington And His Cat Tweedy panto at Everyman Theatre, Cheltenham.

His wife Sharon performed on the trapeze in the circus, and the couple have a daughter.

He continued: “There’s been lots of interesting experiences, clowning in Saudi Arabia was interesting, there was a lot of things I couldn’t do. I had a huge list, but at the same time, they were a very easy audience as there was a lack of entertainment.”

In his spare time, Tweedy enjoys putting on charity shows and in future is planning to continue working in the circus and pantomimes.