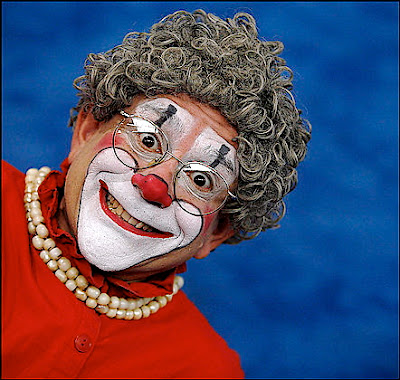 An article about my flea circus appears as the companion article to that page with Barry's article. My article is titled Doggone, It's a Flea-Ring Circus You can see the article online (no photos) at on the washington post website or you can see a copy of the article (with photos) on my website:
Doggone_washpost.jpg

For a moment, Mr. Feld can be very happy-- clowns that he trained have taken over the Washington Post!

I like the statement attributed to Mr Lubin, "... what you think is funny is irrelevant [not the point]. It's the audience that decides." Well said!!
When you can tickle your audience, it's wonderful!