Photos taken by Mike Smith at the 4:30 performance of the Kelly-Miller Circus in DeQueen, AR on Thursday April 3, 2008... 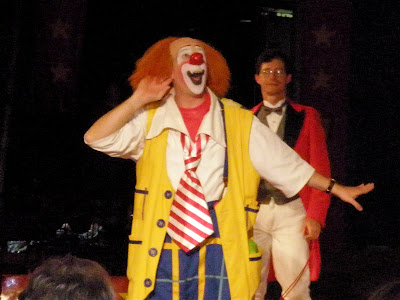 Finishing up come-in with Ringmaster John Moss coming up behind me. 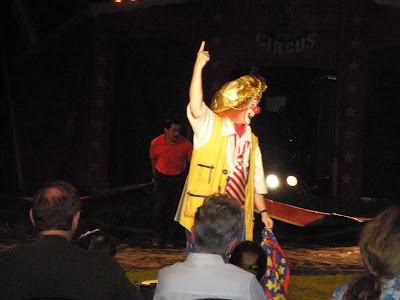 Audience participation gags are tough to pull off "in the heartland". 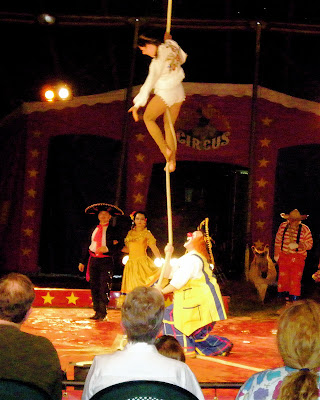 Playing a lovesick mariachi and working with the beautiful and talented Ms. Sara Green in spec. 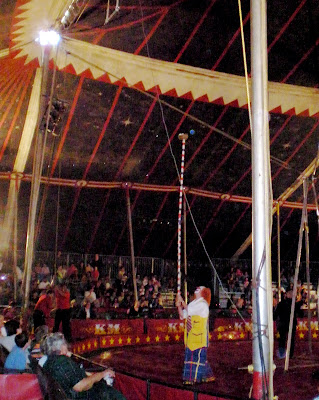 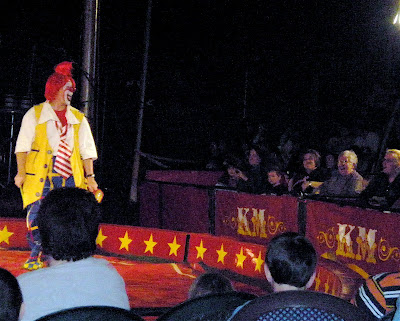 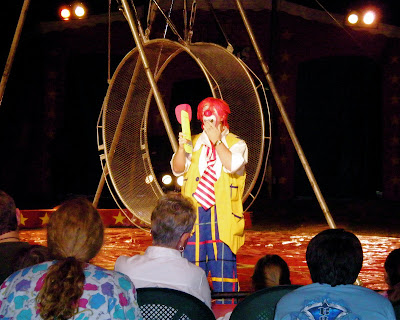 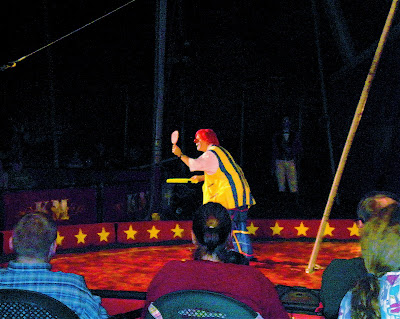 My fright wig bit, done at the top of the second act. 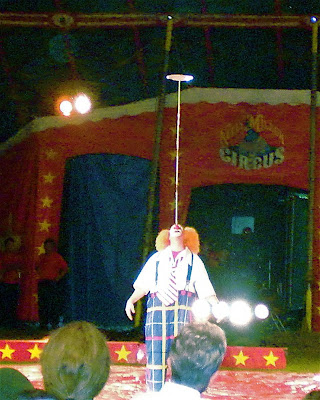 And (after a little bit of "You Can't Do That Here" while the ring mat gets reset) it's time for some comedy plate spinning, done to the song "Wipeout" by the Surfaris.

I hope that Mike had as much fun on the show as I did and that I'll be able to return for K-M's dates in PA, MD, NJ, NY and CT.

what a great show and for production awesome.also wanted to know who built the egg basket gag or did u build it yourself?I remember seeing it used by a chinese acrobat at a theme park show.thanks mil(:O) D clown...

If you see that Kelly-Miller is anywhere nearby, stop in and see him. He'll be there all season long. I'm sure that he'll be glad to show you the prop and let you know how it is constructed.

And be sure to tell him that I said "Hi"!

are there any future dates for chicago?cause i've love to meet up with you and chat ,and maybe you can give me the tour of km clown alley.i'm also a circus clown with a collegiate circus here in illinois called the triton troupers circus.here is there website tritontrouperscircus.com.take care mil(:O)