CONGRATULATIONS!!! Joel Heidtman Has a Son! 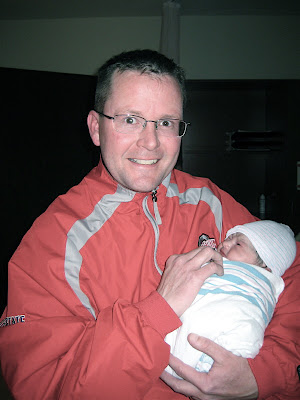 He's named "Benjamin" for Benjamin Moore, the brand of paint Joel was huffing just before this photo was taken.

For those of you not following the adventure as it unfolded yesterday on
Facebook, Joel and his wife just had a baby boy named Benjamin Joel
Heidtman. Mother and child are doing great and big sister Sophie is
happy to have a baby brother.

I'm sure Joel will update us with all the other details as soon as he
gets a chance to get on a computer.

From the proud Uncle,