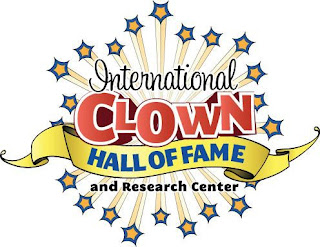 Do you know what is out there and signed by 80 Clown College alumni? Nothing. Absolutely nothing!

THIS window card is signed by some of the biggies.

Some? I mean MOST of the biggies.

What is it going to take to get this one?

The very first donation of $250. (or else we put it on eBay) before midnight tonight wins a poster signed by the very first female graduate of Clown College Peggy Williams, by NPR bigwig Murray Horowitz, by Big Apple Circus stars Barry Lubin, Jeff Gordon, Greg & Karen DeSanto and by almsot EVERY living director of the Ringling Bros. and Barnum & Bailey Clown College in addition to 75 other famous Ringling Bros. and Barnum & Bailey Clown College graduates.

Only 3 of these exist.

In the whole entire world.

Email ThisBlogThis!Share to TwitterShare to FacebookShare to Pinterest
Labels: ICHOF