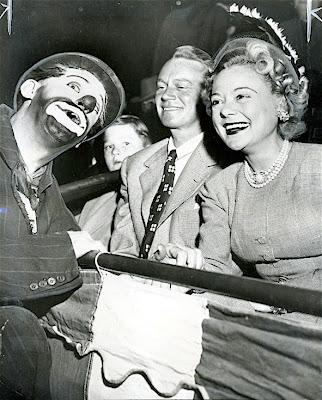 More surprising than the bad airbrush job that someone did on Happy's face is the news that Sonja Henie ownded the Cole show in it's last season?!?

Pat: Wow! I too am surprised about Henie's owning Cole Bros. I remember selling magazine subscriptions door-to-door as a student in McAlester, Oklahoma, so I could attend a performance of Sonja Henie's Ice Revue in Oklahoma City in 1953 or '54. What a fantastic performer, even in her waning days on the ice.