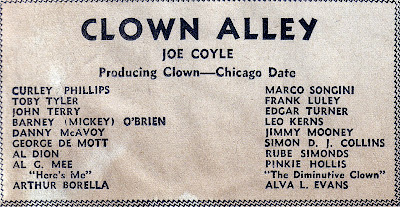 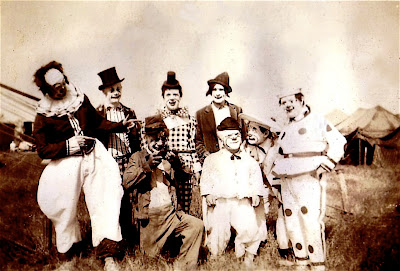 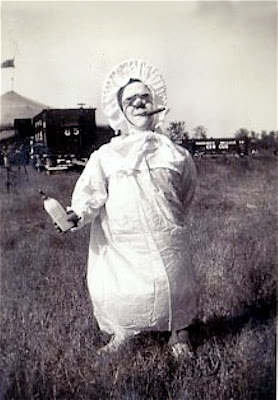 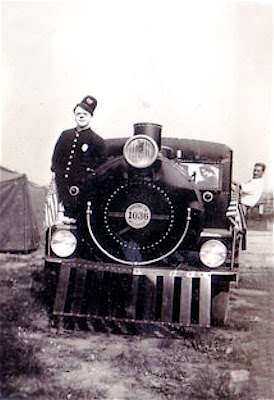 Joe "Ko-Ko" Coyle was a longtime Chicago event clown and that he is most likely the person pictured at the far right of the Alley shot, bending down, with the pancake hat. The clown standing next to him was on the Cole Bros. Circus and appears (along with Emmett Kelly, Otto Griebling and Freddie Freeman) in the short film HERE COMES THE CIRCUS.

Other than that, I don't know who is who, which is which and what I can add.

I believe the clown third from the right (standing next to Joe Coyle) is Toby Tyler. Don't know much about him other than seeing him in several photos.

The clown bent down is Joe Coyle. He was a relative of mine. I have a picture of him with my mother, aunts, and great grandmother. My mother is now 80 but in the picture she at about 5-9 years old,she holding a doll with the identical outfit that Joe is wearing in your picture-hat and face paint included. I've been trying to find one of dolls that was sold at the Marshall Field Department Store which is where he worked in the toy department in the 1930's-1940's.