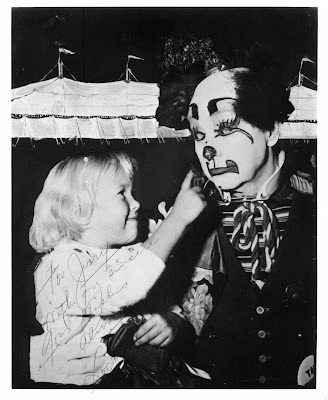 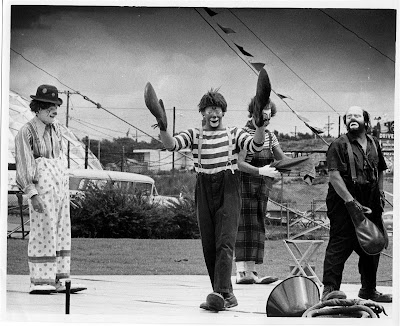 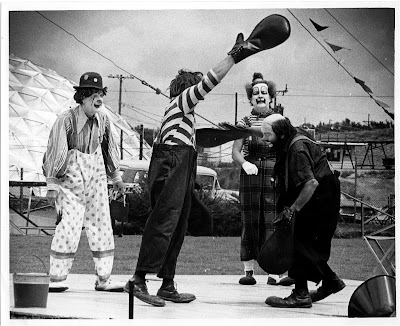 Here are three photos of Bob "Locke" Lorraine. I worked with him in 1963 on the Rudy Bros. Circus. He was a the "Hollywood" clown on the show. Others in the photos are Candy Dickson, Jerry Jay (Me), Locke and Rex (Count De Boxcar) Young. I believe he stayed with Rudy for at least a few seasons after this. He lead me to believe that there was a degree of tension between Ernie Burch and himself. They both wore glitter, long lashes, and enjoyed working in drag. I believe he was out of the Los Angeles area.


You mentioned in Bill Strong's blog you didn't know much about Locke so I hope this little bit helps.
Jerry Jay