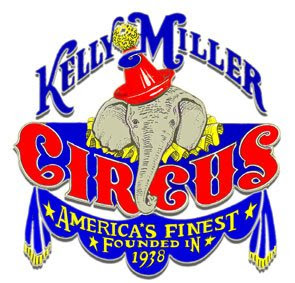 Bring your umbrellas and boots, it looks like it's going to be another wet one.

The show may have been blessed in Winter Quarters on March 14th but the 2008 season was baptised by a thunderstorm last night that hit just after the start of the 7:30 show.

While many were complaining about the rivers forming behind the back door, Casey Cainan lept to his feet and literally danced with maniacal glee.

"Now THIS is circus!"

Pat,
I already know what CCM, the new "21st Century Circus Hero" thinks of building shows. Do me a favor. Wait until the rain last's for about a week, and then ask Jumping Jack Flash what he thinks of coliseums. LOL
Regards,
Wade Burck

There are lots of life rules but I'll clue you in to a show lot rule. If any one asks if you can "pull in harness" - say no !

Wade,
It has rained for 24 hours straight now. I am still dancing, a week would be tough, and I hope for business' sake, we don't find out. I will take 2:30 A.M. waiting to get winched off the lot, over 700 miles to park in the snow and listen to unfunny shrine clowns tell jokes any day. I don't think Mr. Cashin has the same out look, I have never seen a clown make the "face" he made when the rain really came and he and his Yak wig and thousand dollar funny shoes had to exit the tent.

Pat,
I understand Fred Astaire MCcoy has quit "singing in the rain", and is now telling JRNII, he should be in charge, because he has extensive "building" setup experience.
Wade Burck

Casey,
In Tibet the monk's bed their Yak's in a good grade of shaving's, and say a chant after they are caught in a downpour.
If you have a 1/4 bag of nice pine left over, do Pat a favor, and "shake and bake" his wig and say a few words.
Pat is going to be "wandering in the wilderness" for the next couple of weeks. Inclement weather is not a subject covered in the GSOE Clown College manual. There have been a lot of Ringling educated clowns lost in bad weather, who have never found their way back, and like a Shrine clown Casey, that is no laughing matter.
Keep an eye on Pat, and help out where you can. Maybe building a fire, and wrapping him in a buffalo robe, will help until his shoes dry. Watch they don't shrink. Then they won't be funny any more.
Wade Burck