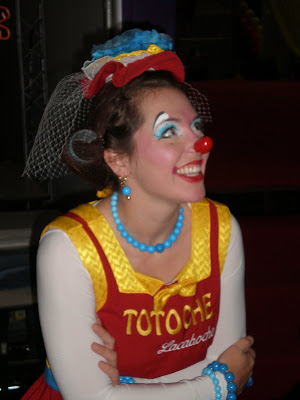 "Zoot Allures! If you mess wit zee, how you say, strollers... zee stage clowns zay weeell open up zee can of whoop-ass!" 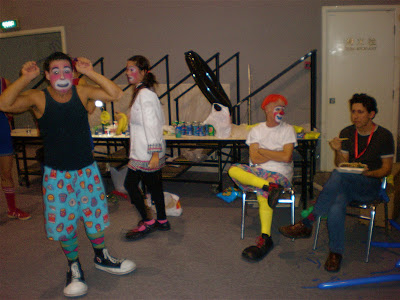 Ryan Combs "eeping" it up for the camera, oblivious to his wife Romina passing by as Steve Copeland gives Andrew Scharff tips on "closing". 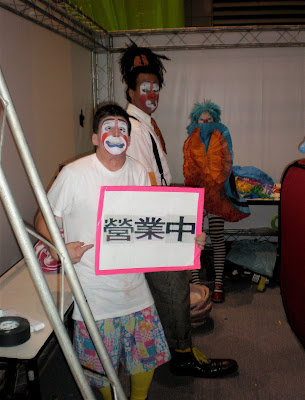 Now it's Steve's turn to "eep", which is not impressing Gregory Parks. Behind them, Jessi does an impression of a Georgia O'Keefe with her crinolin. 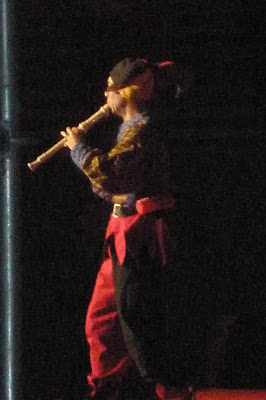 Alexander the Jester. Perhaps my favorite performer of all.. such a sweet, gentle man. My feeling is that he is behind many of the pranks in the alley here... he doesn't actively participate much, but seems rather to inspire zany behavior it in those around him.

He has a different approach and style but cracks us up nonetheless with his "gramalot", which makes him sound like a human tape recorder.

A brilliant comic mind, and a top-notch performer but above all... he impresses me more as a man of taste. 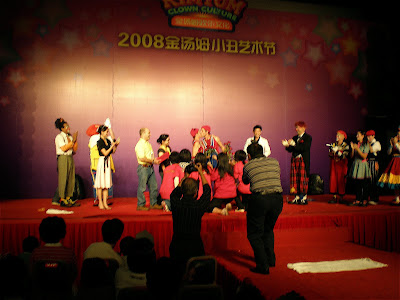 Seth Bloom and Christina Gelsone getting surprised at the conclusion of their show with an onstage party in celebration of their first wedding anniversary. 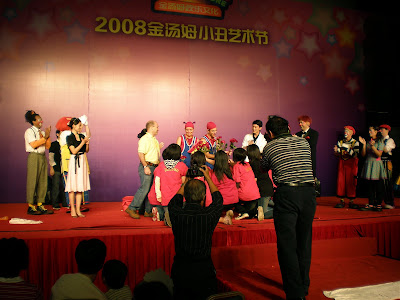 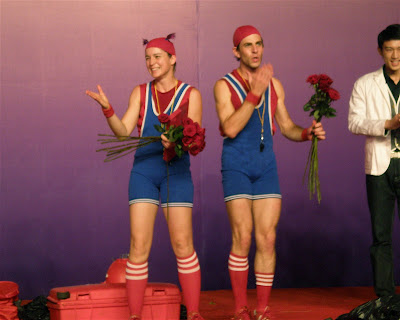 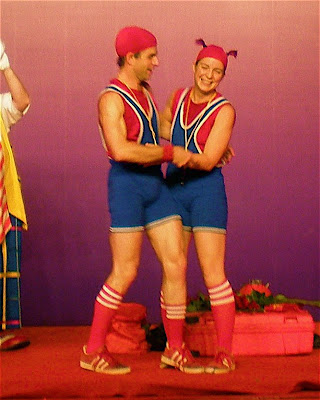 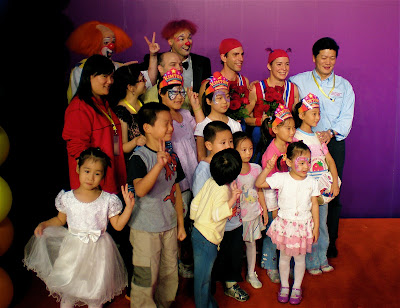 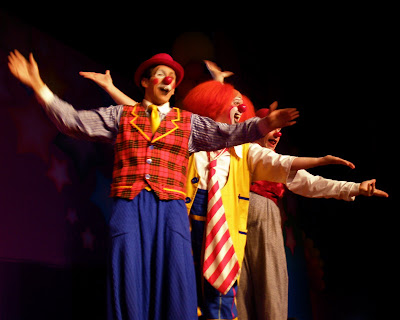 Andrew, me and Mark 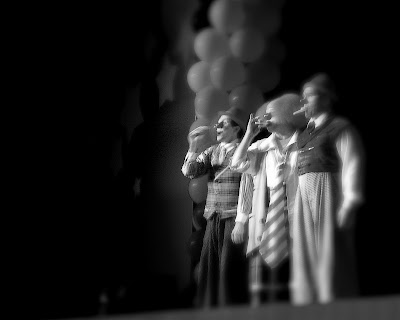 hubba hubba who is that cute female clown,and btw what does that say on her dress?is she married or single cause I believe I found my future partner and wife....

I first met Alexander the Jester at a mutual performer friend's 60th birthday party. I could not figure out if he was actually drunk, or playing the part of a drunk. I've since seen Alex perform in a few other venues, and he is one of the most creative people I've seen perform. I'm glad to hear that he's doing well in China.

The Bambouk boys send a hearty, loving wish of happiness to Seth and Christina. We miss you.