BABY NEWS: We have a Date (Theoretically)!

Word has come down that Terry can and will be induced on October 1st, barring the idea that Shane is right and the baby comes tomorrow.

When asked upon our arrival at Ronald McDonald House when he thought the baby would arrive he answered without hesitation, "He'll be born three days from now."

Later, Terry did the math and was amazed to discover that, as of tomorrow, James will have been "in utero" the exact number of days that Shane was.

Shane has many strange and unusual superpowers, pray that he continues to use them for good ; )

So, James may be here anytime before, but most likely won't be here after, October 1st. This is probably the first time during this entire pregnancy that we've been able to exert some level of control over the situation. It seems like such a small thing but just knowing the "when" of James' birthday will help me to sleep soundly for the first time in forever.
Many people have asked if there is anything that they could do to help. Yes, there is something remarkably simple that anyone and everyone could do to help. Simply walk into a McDonalds restaurant at some point this week and drop some change into the Ronald McDonald House Charities drop boxes on the counter in front of the registers. You don't have to make a purchase, just support the Ronald McDonald House in your area because they really do make a huge difference for many, many families. 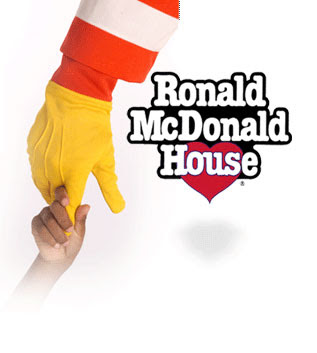 pat,
I'm going to McD's today! Best of luck with you and your family.
PG

Pat my dad and I make it a habit to bring in my precious niece after we pick her up from school and we bring my nephew to a Mcdonalds and as soon as I see one I will make a donation and will think about baby james and how life is precious and to love our families Rob...

I'm sending out positive thoughts & prayers for Sweet Baby James. I'm confident that he'll make a grand, healthy entrance. How can he not when he already has his own theme song?

As they say in French, 'Zei Gezunt' to the Cashin Four!

Sending positive thoughts your way- and hoping that Shane's super-powers are evident in James also.

Wishing you and family all the best, Pat.

I've regularly donated to Ronald McDonald house for many years, and will continue to.

I wish you all the best, and know that Ronald McDonald house will try to provide that.