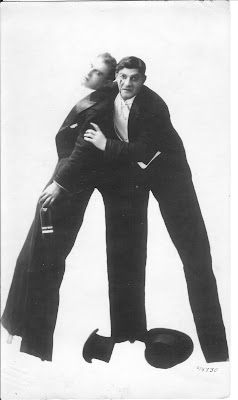 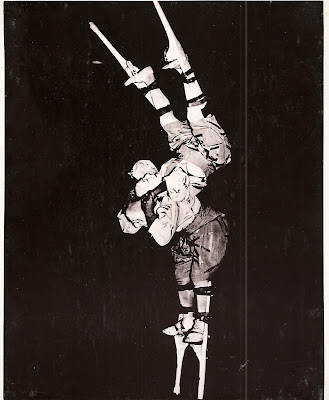 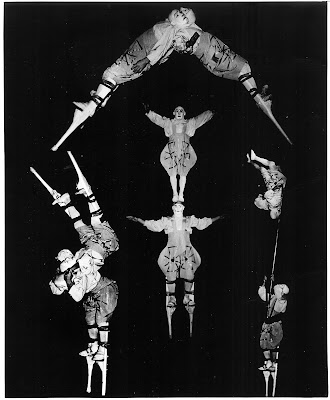 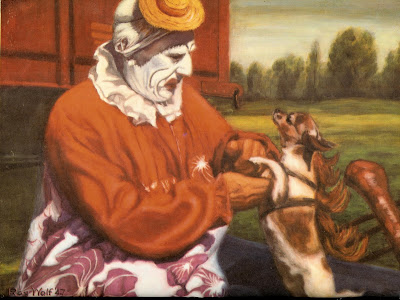 Heya Pat!
I received a couple of nice notes from Patricia Barlow who, it turns out, is the grand-niece of Ringling clowns John and Harry Nelson (I don't know how she found that page of photos and videos I have online)!

Anyway, she sent a couple of photos of the Nelsons which I thought were very interesting.
This is what she has to say:

Clown stiltwalkers, John and Harry Nelson (in the photo) were my Great Uncles! They were a great part of my life, as a young girl (I am now 71)- when they were home from the Show periodically, they lived next door, with their sister - my Grandmother.
Also, around 1947-49, my cousin Raquel Nelson was with the Ringling circus. She was featured side ring foot juggler.
The Nelson Family Circus started in England....went to South America and ultimately returned to live in Brooklyn N.Y.

John and Harry were the only full-time clowns.

As the other family members married and started raising families, they left circus life.
With Thanks,
Patricia Barlow

With enormous assist from Diane & Jim Bauer, a Slideshow was produced including John & Harry Nelson, Ancestry of the Nelson Circus, The Nelson Sisters, etc. This can be watched on U-Tube. Part 1 of 4 is already posted. The link is "http://www.youtube.com/watch?v=wOt5KFKDEHI" or just do a U-Tube search for "carlswans" and a video with "Ancestry - Nelson Family" Slideshow produced by Carl Swanson (swanscarl@comcast.net)