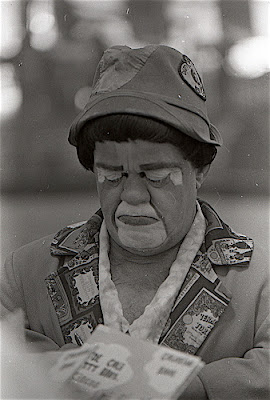 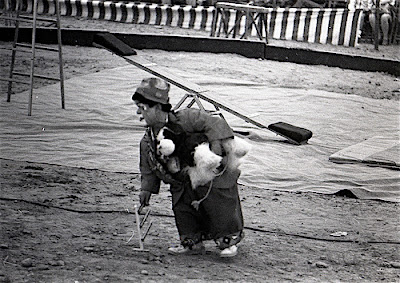 After coming to America as part of the Alf Landon troupe of little people and many years with Ringling Bros. and Barnum & Bailey (often partnered with Lou Jacobs) Mike Padilla finished out his American circus career with a few seasons as a member of the Clyde Beatty-Cole Bros. Circus Clown Alley.

I worked with Mike in the early 70's. One day in miami he packed his stuff. we asked him what was wrong. He just keept saying something in spanish. next thing we knew he had working men take his trunk to a cab and he was gone. We found out later it wsa because Lou,Bobby Kaye, and uncle soapy had spec costumes designed that matched their look and he had to be little bo peep. so he left
Mitch Freddes