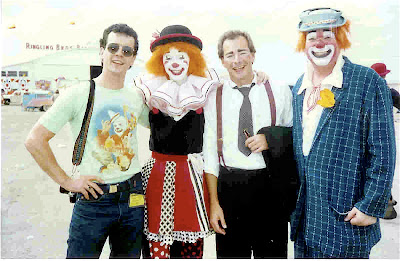 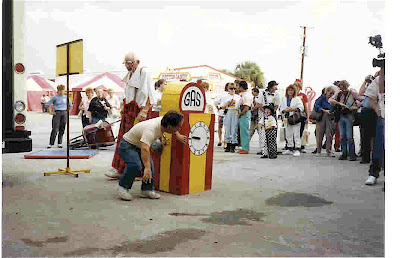 2. Rehearsing the midget car for the television taping later that day: Lou Jacobs and Jimmy Briscoe. Also in background, wearing black and white polka-dots is CC '74 Jonathan (Mitch) Freddes and son. Interesting to note that when Johnathan arrived at CC he was known as Jonathan but his roommate Michael Perry (in the other photo) kept calling him Mitch because Jonathan reminded Michael of a friend back home in the Pittsburg area, if I recall correctly. Another CC legend explained.

you're right. he's my roommate from cc. he is the guy that started the whole "Mitch" thing. he was from Buffalo N.Y. I remember he liked Guiness beer. In Florida you could drink at eighteen in 1974. Mitch Freddes