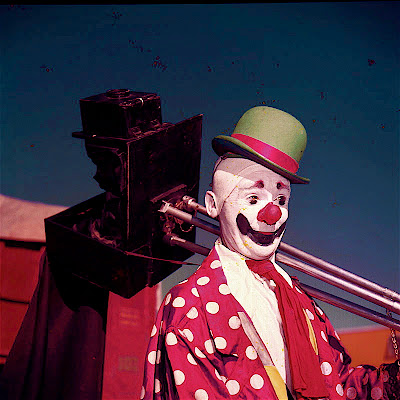 Paul Jung, Nov. 27, 1954 at the Winter Quarters of the Ringling Bros. and Barnum & Bailey Circus in Sarasota, FL by Dr. Janette Rainwater.

This is one of a series of color photos of Ringling clowns both in and out of makeup that was shot on spec., hoping that they could be sold to Ford Times or Friends (the Chevrolet give-away magazine), but they never found a buyer. The photos have been unseen since.


There were a few folks who had asked for a better scan of one of the articles from the other day, there were also some folks who asked why I was posting this unpleasant information at all.

I prefer to remember Paul Jung for the extremely gifted circus clown that he was, not for the sordid details of his passing, but think that this information (as disturbing and awful as it is) is a part of Jung's story and should be told. 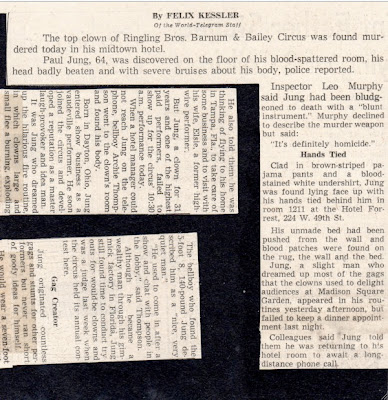 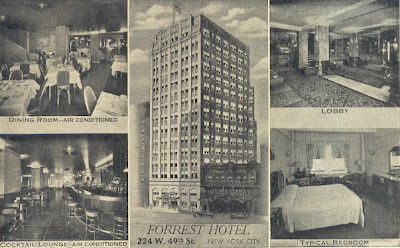 The Hotel Forrest, friendly to musicians, actors and other performers, as it appeared in 1946.

I'd seen the article before but never noticed the location. When I was an actor in New York, I lived a block away from that address. Of course the proxmity is not surprising because my apartment was across the street from the site of the old Garden on West 49th. David Carlyon

Pat,
You do a great thing here, and should not have to justify the truth. As unpleasant as it may be. All history is not good.
Wade Burck