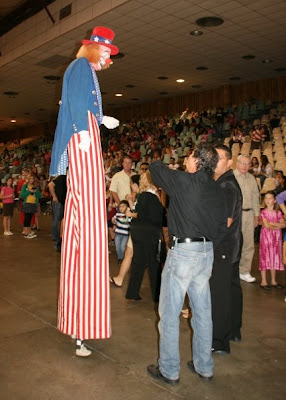 Toby Circus Ballantine witha Coco tribute of his own, on high stilts during come-in 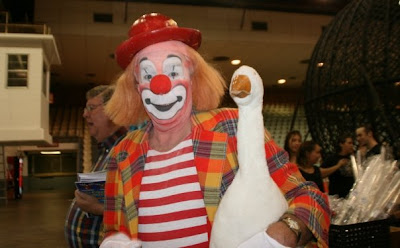 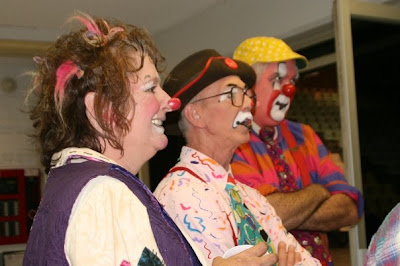 Karen, Robin and Barry's expressions as I explain to them that we aren't getting paid for this. 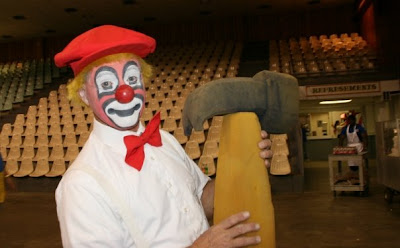 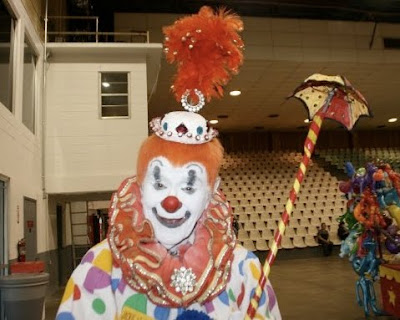 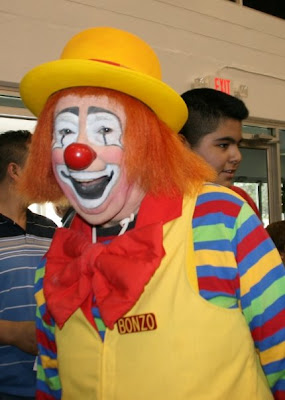 Barry "Bonzo" DeChant
(This poor guy made the mistake of visiting the arena that morning and wound up stuffed in the clown car!) 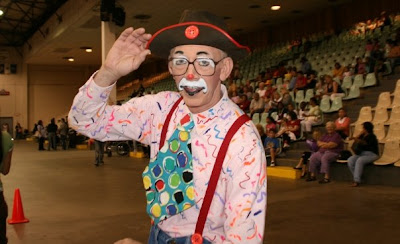 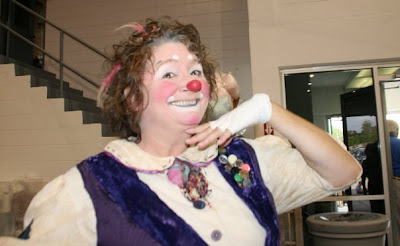 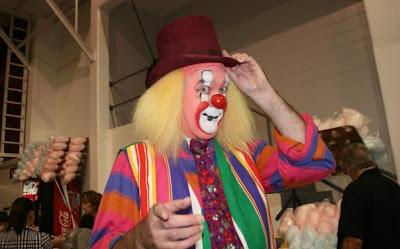 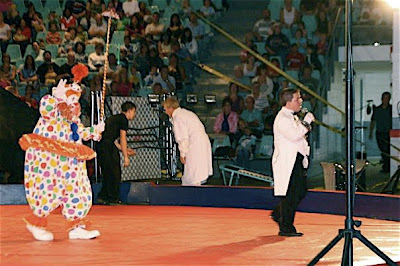 Jackie had them eating out of the palm of his hand trom the very moment that he stepped into the ring. Never underestimate an audience's response (especially a Sarasota audience) to a honest-to-goodness three ring circus clown!

Toby yanking the long shirt off of Elmo 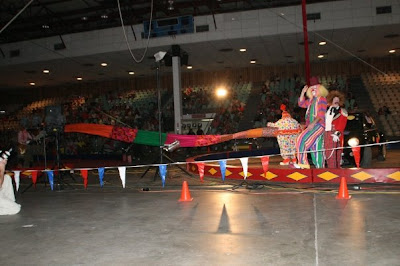 Like I said, I don't think that I've seen a long shirt longer or better made than the one Toby has 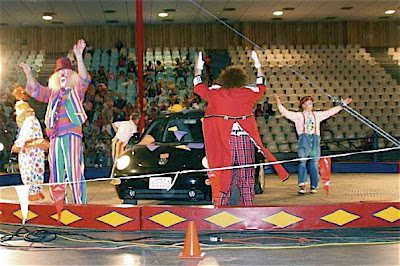 Smile, style and then profile as all clown exit running
(and not Shrine gag running either, running ALL THE WAY THROUGH THE CURTAIN!) 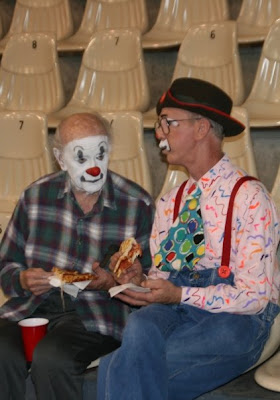 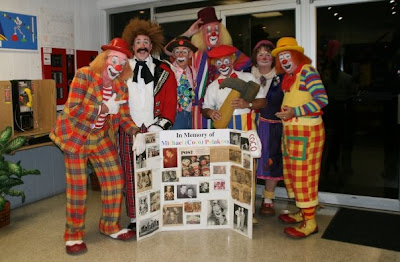 Another shot of everyone with the Coco tribute board that Graham had left to be placed in the lobby.