It's been a week since the show and, thanks to the storm, the pace here has settled enough to finally post some photos from it here... 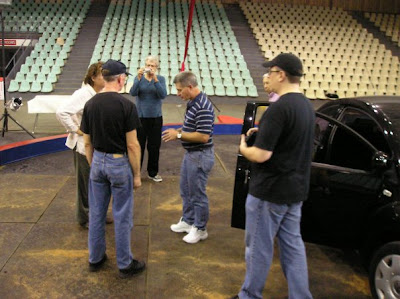 Rehearsing the clown car, Saturday morning. We had limited time in the ring to get things up and running with a group that either had never done a clown car before or hadn't done one in at least 20 years. Elmo took the lead and was instrumental at bringing all the elements together quickly.
(Left to right: Robin Eurich, Karen Bell, Toby Circus Ballantine, Barry DeChant, Pat Cashin) 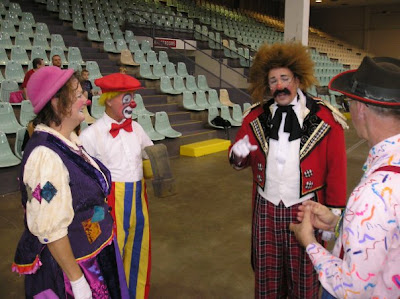 Karen, Elmo, me and Robin. Elmo and I spent the summer teaching together.
Karen and Robin both work together at Circus Sarsota. We were very fortunate to have several performers who had previous experience working together. 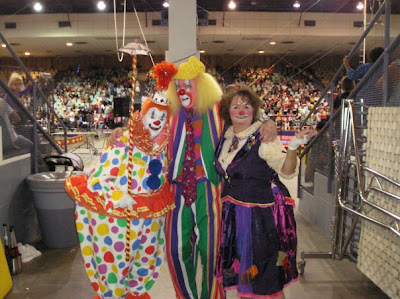 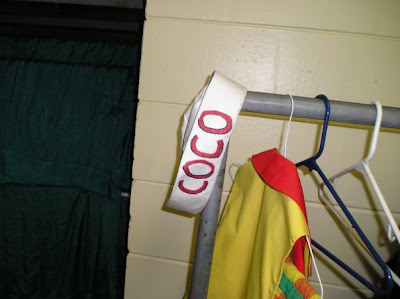 A Coco hat sat on the end of the wardrobe rack for the first show. It was later moved
to Graham Coco's tribute board out in the lobby for the second show. 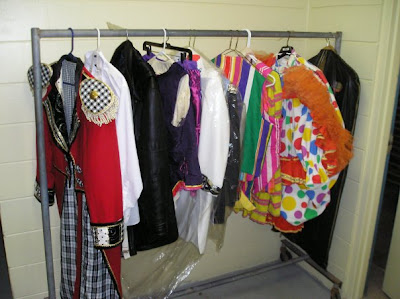 The wardrobe rack for the 2009 Showfolks Circus Clown Alley, the
largest gathering of professional clowns at the Showfolks show in decades. 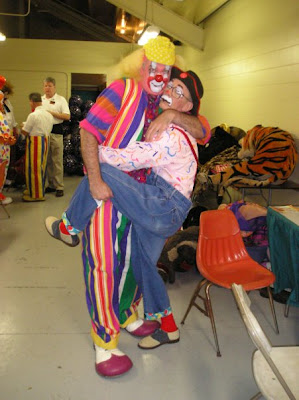 Barry Phillips and Robin Eurich fell in love and were married backstage. It's hard to believe but their union is still not recognized in 47 of the 50 states. Barry's rainbow colored pants will be flown when they proudly march hand-in-hand at this year's Pride Parade. 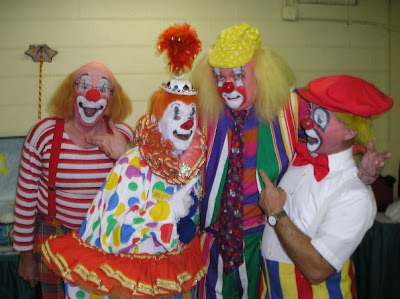 You could pose just about question on just about any subject to this
group of four and one of them would know the exact answer. 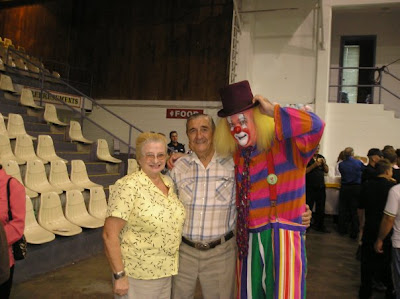 Circus legends and friends of clownalley.net, Sue and Rudy Lenz with Barry Phillips 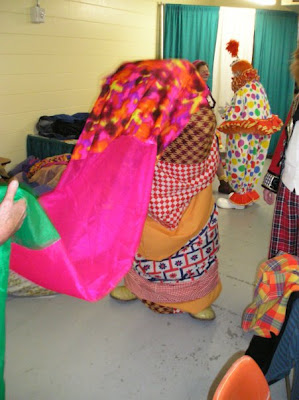 Elmo getting into Toby Ballantine's long shirt, the best I've ever seen! 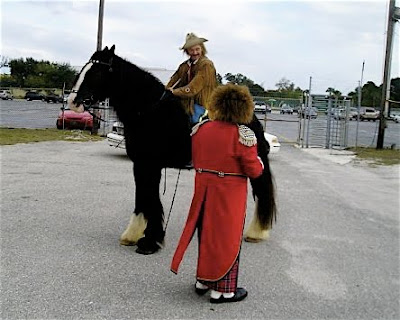 Me talking with Carlos Swenson, a fellow survivor of the Ringling 129th. 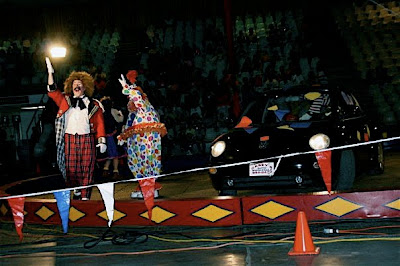 Stepping out of the clown car with assistance from Jackie 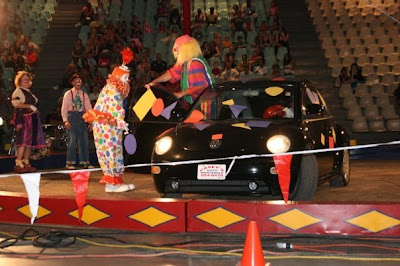 Barry Phillips (who stands 11' 7") stepping out just before putting
on the top hat that makes him taller than most high stilt walkers. 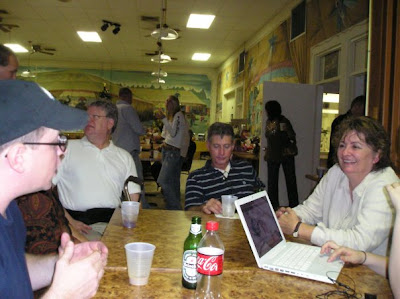 Me, Mike Naughton, Elmo and Karen Bell at the Showfolks Club after the show.
I believe that is Elizabeth Naughton at the MacBook.

Easy with that Barry/Robin marriage joke.
Showbiz Dave is going to be all over that!

This is late night Showfolks of Sarasota club house in the banquet room.
I am talking to Smiley Daly, Jr. who had a last minute business deal that forced him out of the Congress of Clowns.
We are kicking around ideas for next year.
Smiley can build anything; he and Elmo could open a prop shop. Fortunes abound.

Seriously! I'm STILL having to deny all of those rumors about my affair with that Steve Copeland guy. Sheesh!

The intoxicating smell of baby powder was everywhere; it was much more than a weak man like me could overcome or deny. I am sorry Barry, but you were handy in that moment. Try to forgive me. P.S. never-the-less we WILL march.