IN MEMORIAM: The Amazing Ballantine

Mark Evanier is reporting that comedy magician extraordinaire Carl "The Amazing Ballantine" Ballantine, the creator of the rubber chicken gag, passed away this morning at the age of 92... 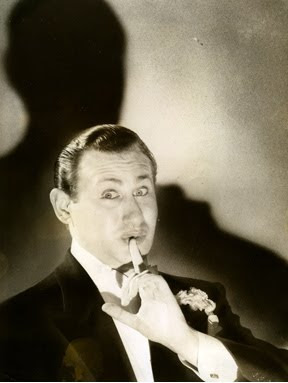 Carl Ballantine (born 27 September 1922 in Chicago, Illinois, died 3 November 2009) — birthname Meyer Kessler — was an American actor, magician and comedian. Billing himself as "Ballantine the Great" or "The Amazing Ballantine," his vaudeville-style comedy routine involved transparent or incompetent stage magic tricks, which tend to flop to the wisecracking Ballantine's mock chagrin.

In his early career, Kessler did a straight manipulation act but gave up "real magic" when he realized he could not be as good as some of his peers. He changed his name to Ballantine early on after he noticed a bottle of Ballantine whisky in an advertisement and decided that the name of his magic act was to be "Ballantine, the World's Greatest Magician". He proved successful enough that he became the first magician to headline in Las Vegas.

Ballantine is probably best remembered as Lester Gruber, one of the PT boat sailors in the television series McHale's Navy (1962-66). He appeared as Lycus the slave merchant, on Broadway in the 1972 revival of A Funny Thing Happened on the Way to the Forum starring Phil Silvers. His most recent film appearance was in Aimee Semple McPherson, a 2006 biopic about the notorious female evangelist.

Ballantine was the husband of actress Ceil Cabot (8 March 1927, USA - 24 January 2000) and is the father of actress Sara Ballantine.

He is known as an inveterate smoker of Cuban stogies.


On the Cosby Show, introduced by Bill Irwin