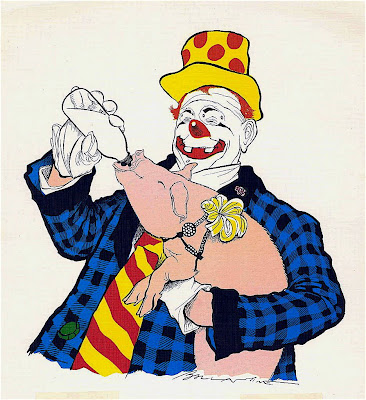 A final reminder that votes for this year's Felix Adler Awards must be received in my mailbox at cashincomedy@mac.com before midnight tonight!

Votes can be cast in the following three categories:

CHESTER AND JOE SHERMAN AWARD: For Best Duo, Trio or Ensemble Clowning of 2008

Once again, you do not have to be a professional circus clown, American or otherwise, to vote. Anyone can cast their vote.

So make sure that your votes are sent to cashincomedy@mac.com by midnight tonight!